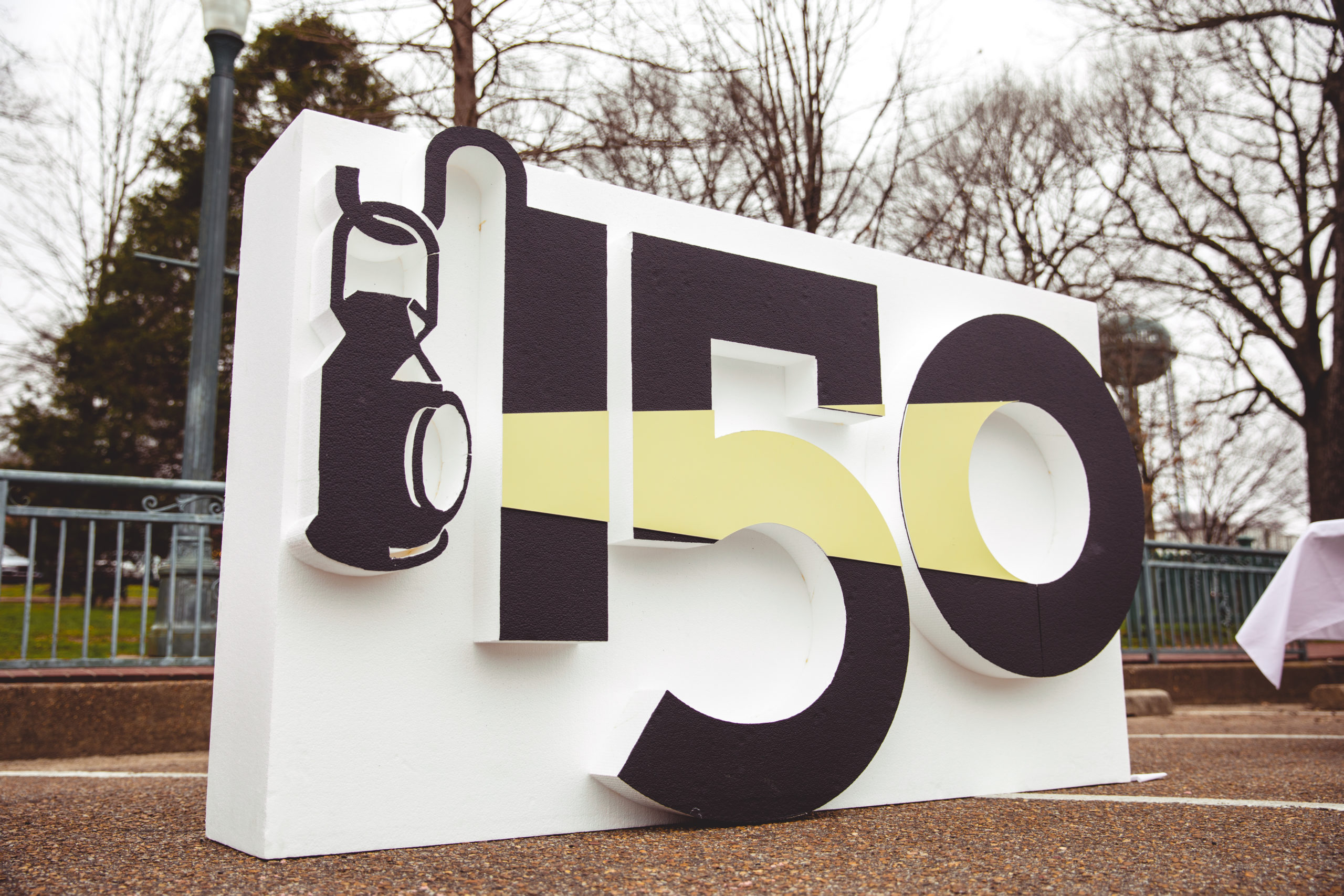 On February 17th, the Town of Collierville held a wonderful Sesquicentennial (or 150th) Birthday Celebration! Despite the grey skies, people gathered on the Town Square near the depot to listen to several speakers, watch the reveal of the Collierville 150 portrait and enjoy cupcakes with adorable 150 logos on their containers!

Mayor Stan Joyner made his remarks about the Town’s 150th – many of which drew a good chuckle – and introduced his Board of Aldermen before reading out the official proclamation.  Then Rep. Kustoff gave a short speech about Collierville and issued a congressional proclamation to Mayor Joyner.

State Senator Paul Rose, a friend of James Lewellen, also offered some remarks, telling a story about how Pastor Henry West, a former resident of Collierville, was so influential in his life and that he’s always thought fondly of West’s hometown.

The Collierville 150 painting was then revealed, to oohs and aahs and much applause from the crowd that had gathered to listen and celebrate. Lewellen announced that prints of the painting will soon be on sale, so keep an eye on Town of Collierville’s Facebook page. You can read more about that painting and the artist here!

During the closing remarks, Mayor Joyner and Lewellen thanked the countless people who worked on orchestrating the event, including Director of Tourism Ashley Carver, Director of Economic Development John Duncan and Public Information Officer Jennifer Casey.

Guests then enjoyed cupcakes, a photo opportunity with several different “150” signs and backdrops, including a balloon wall by GreyGrey Designs, and lively music performed by Donna Wolf. Stay tuned to the Town of Collierville’s social pages, or visit their website here to learn more about upcoming 150 celebrations! 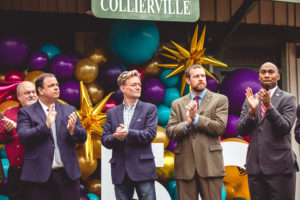 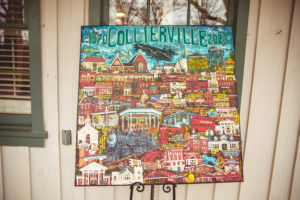 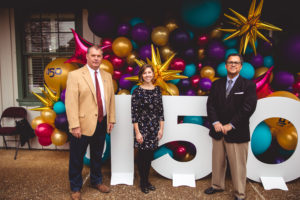 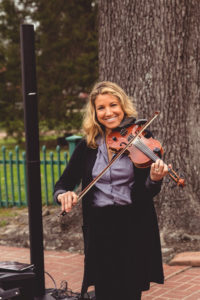 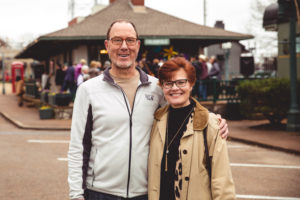 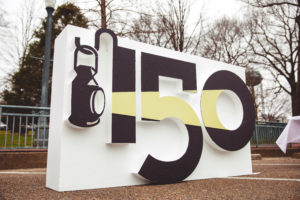 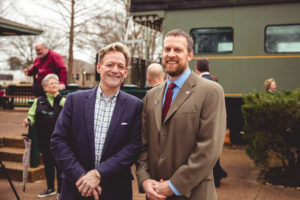 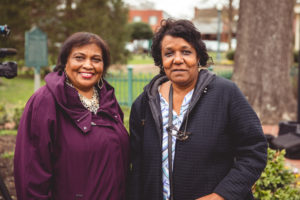 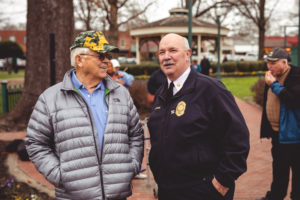 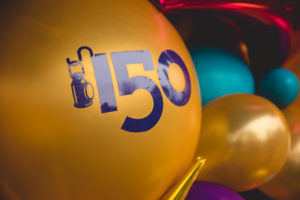 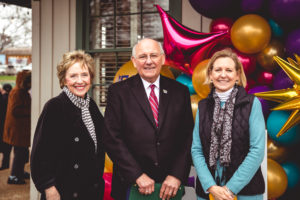 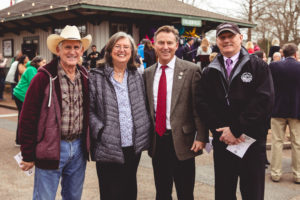 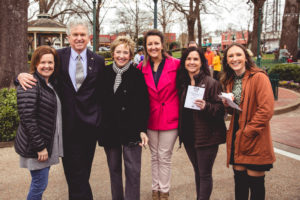 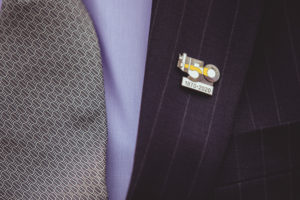 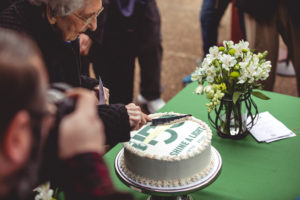 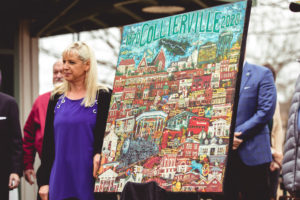 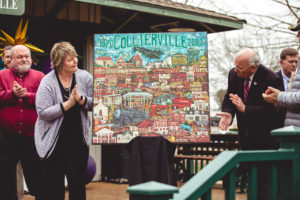 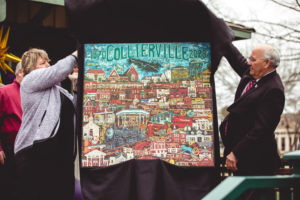 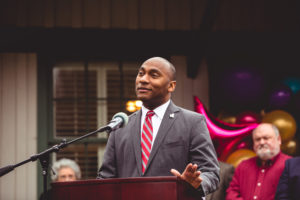 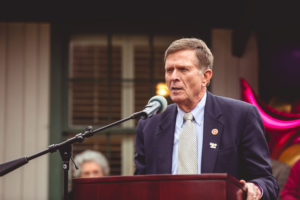 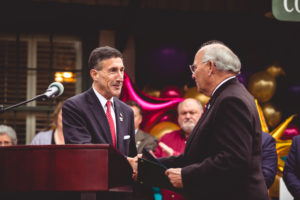 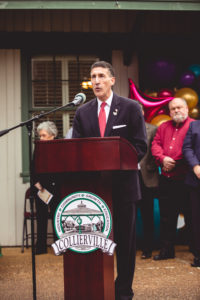 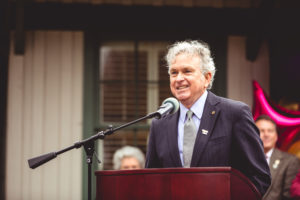 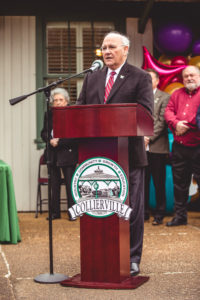 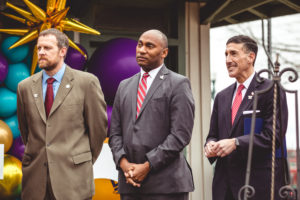