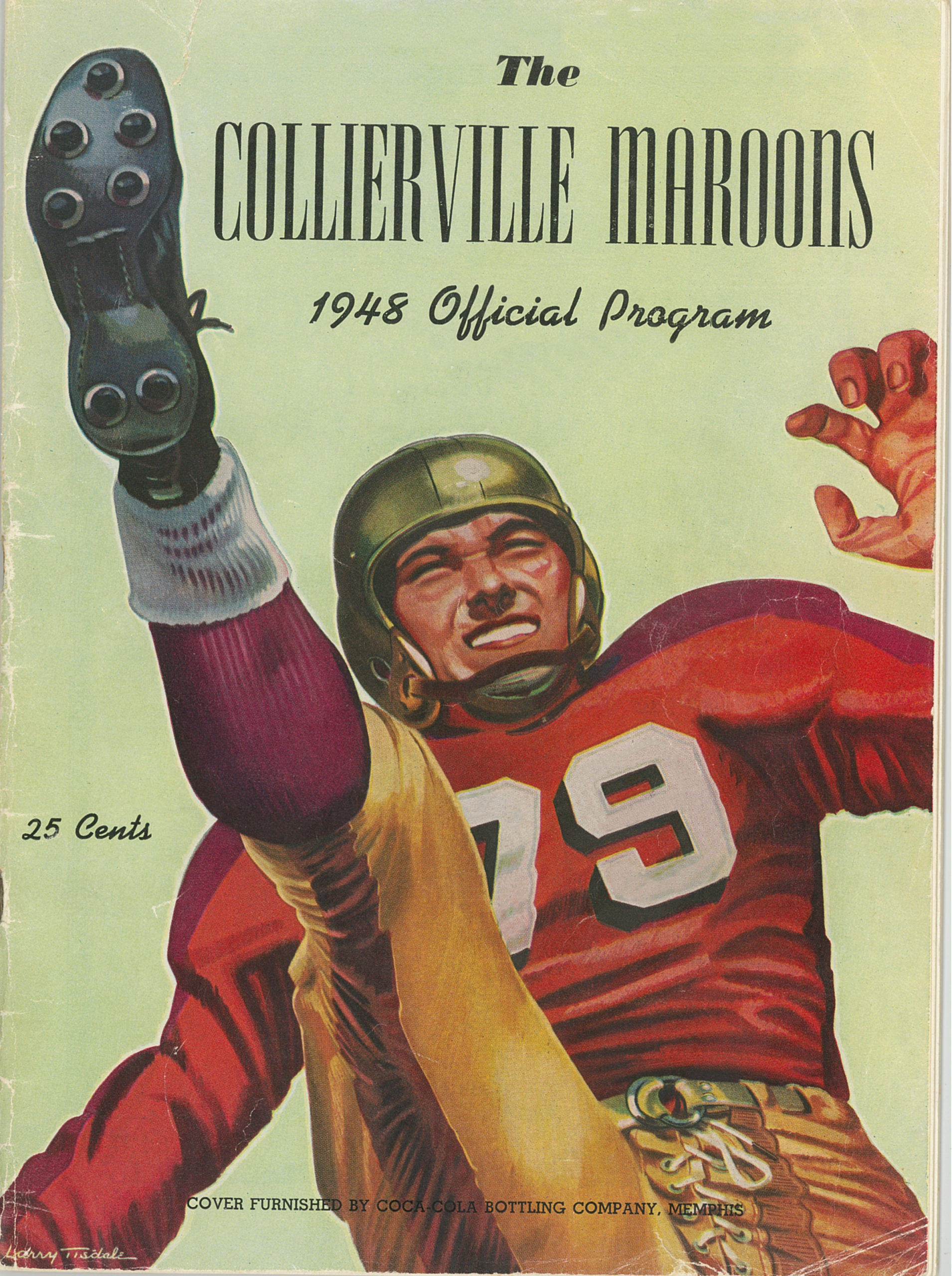 We Were Dragons and Maroons

My whole life has been influenced by football,” Joe Clayton said. More specifically, by Collierville football.

Clayton, whose time as both player and coach earned him a spot in the Collierville High School Hall of Fame, can give a detailed history of the entire CHS football program. He knows that in the inaugural 1930 season, no touchdowns were scored by CHS, and that in 1931, the young man who scored the first Collierville touchdown was honored with a school assembly.

Seven years later, Clayton’s uncle was the captain of the CHS team when they won the Shelby County Championship. “That was the first real big recognition of the Collierville football program,” he said.

Clayton began playing football for CHS in 1945 and was made a captain for his senior season in 1949. In 1947, the Rotary Club began raising funds to install lights around the football field. “We had maybe the first lighted football field in Shelby County. In 1948, there was a big celebration for the lights, and about 1,000 people showed up to the game,” Clayton said. 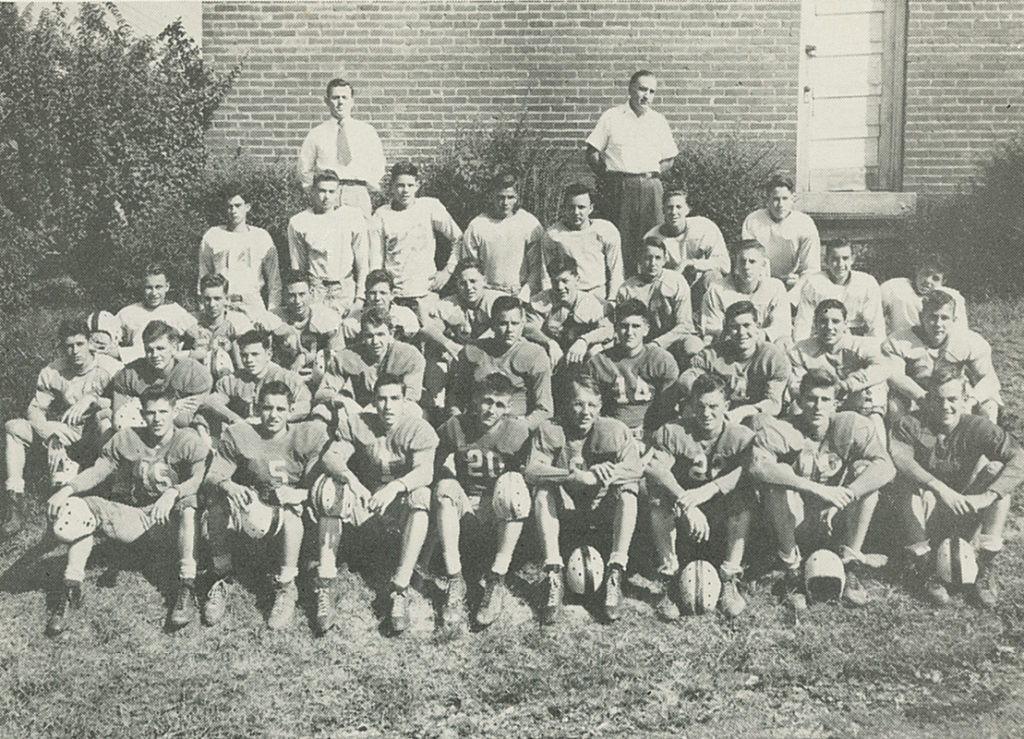 Clayton credits the CHS football program with everything he is today. “I had not even dreamed of going to college. My senior year, Coach Mason helped me get a football scholarship to Memphis State,” he said. “I couldn’t afford to go and didn’t have a desire to go [to college], but that scholarship changed my whole life, led me to my entire career.”

After graduating from Memphis State, Clayton came right back to CHS, becoming the head football coach in 1957. “As a coach, I used my position as often as I could to try and influence team members about good character, being a good citizen, and did all I could from a coaching viewpoint to be the best they could be as players,” he said. He would use that method for his entire 57-year career in public and private education. 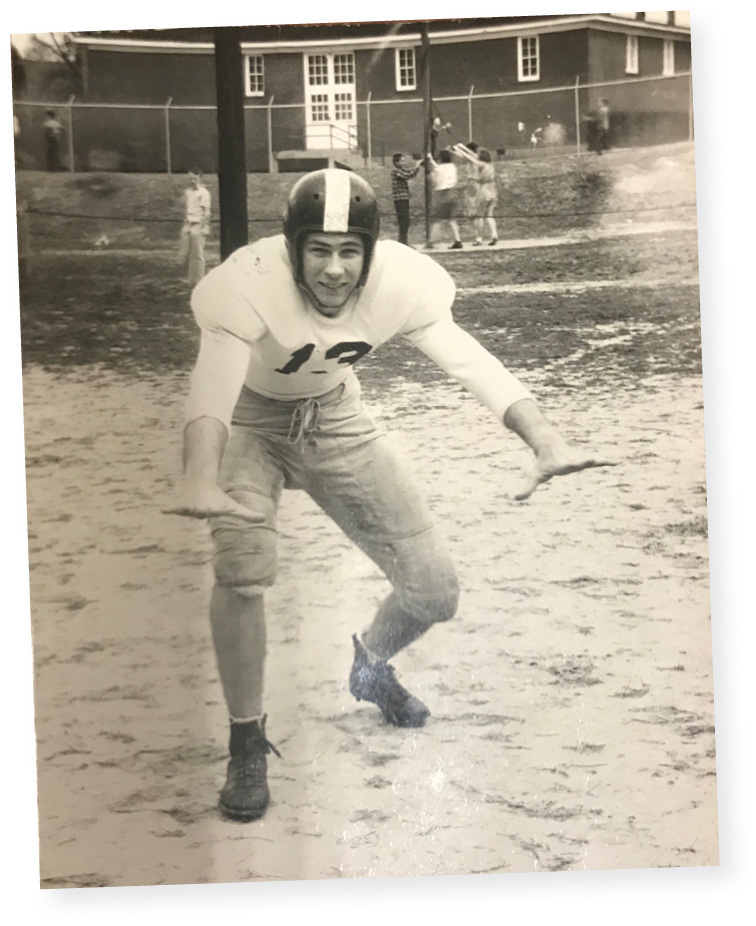 Shortly after Clayton moved to Oakhaven High School to coach, Bill Kelsey joined the CHS team. He had been a CHS football fan since he was a kid. “My father, James, was captain of the football team in 1936. He was one of the first Collierville players to ever get a [college] football scholarship,” he said. Kelsey and his twin brother, Bobby, started watching football practices when they were 11 years old. “Our house was across the street from the school, so we just walked over to watch. By the time we were 14, we were team managers,” he continued.

Kelsey remembers bonfires and pep rallies being the defining moments of Friday football games. His wife, Judy Kelsey, was a cheerleader throughout her time at CHS. “To be a cheerleader back then we did not have to know gymnastics. Our ‘tryout’ consisted of doing a cheer on stage at assembly and then the student body voted. We led the pep rally every Friday morning at assembly, and we also decorated the goal post before a home game,” she said. Cheerleaders were also responsible for building the CHS bonfire, a tradition before the Germantown game. 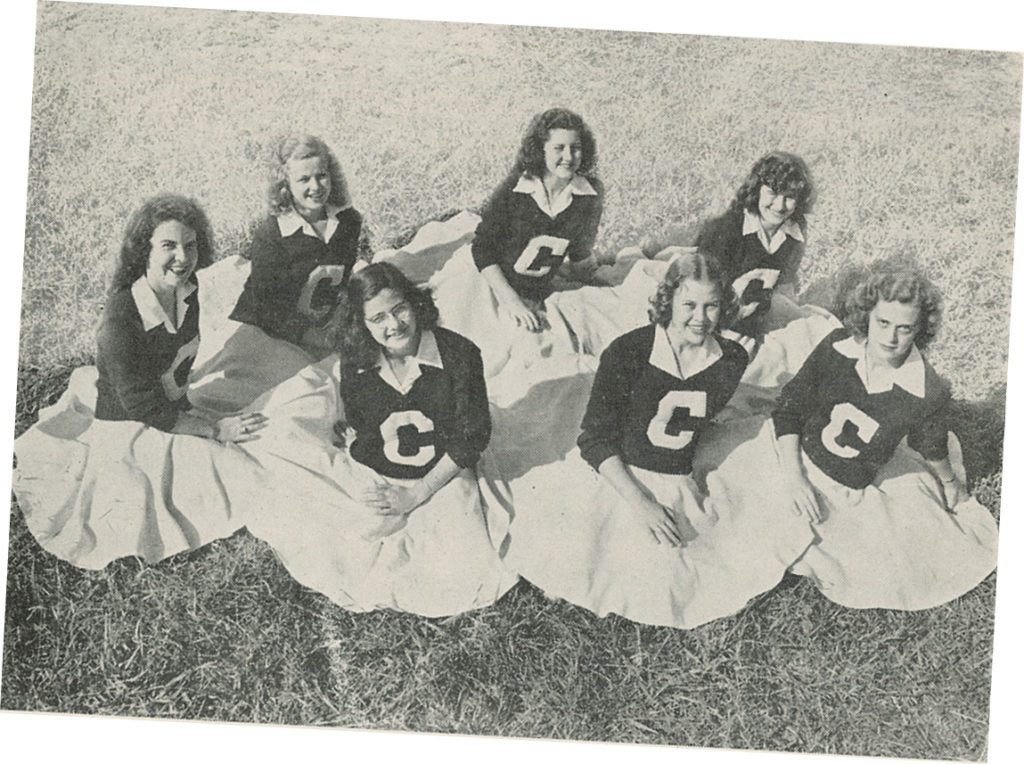 One of Bill Kelsey’s favorite moments on the CHS football team came during the 1963 season. “We had 30 players. Our last game was against Whitehaven, who were the largest school in the county. The game was on their home field, and they came onto the field with 121 players. They ran around the edge of the field and circled the entire football field. Talk about intimidating,” he said.

Unfortunately, CHS did not win that game, but Kelsey felt that the camaraderie between his teammates and coach on that day were unparalleled. “Coach Freeman gave us an inspiring talk at half-time, but by the end of the third quarter, we were only trying to save the equipment for next year’s team,” Kelsey shared. “Coach never forgave the Whitehaven coach for running up the score. Even 50 years later, Coach said that he knew during that game we would never quit, no matter the score.”

Collierville football is full of triumphs and teamwork, and reflecting on its history is a great way to feel that hometown pride year round.