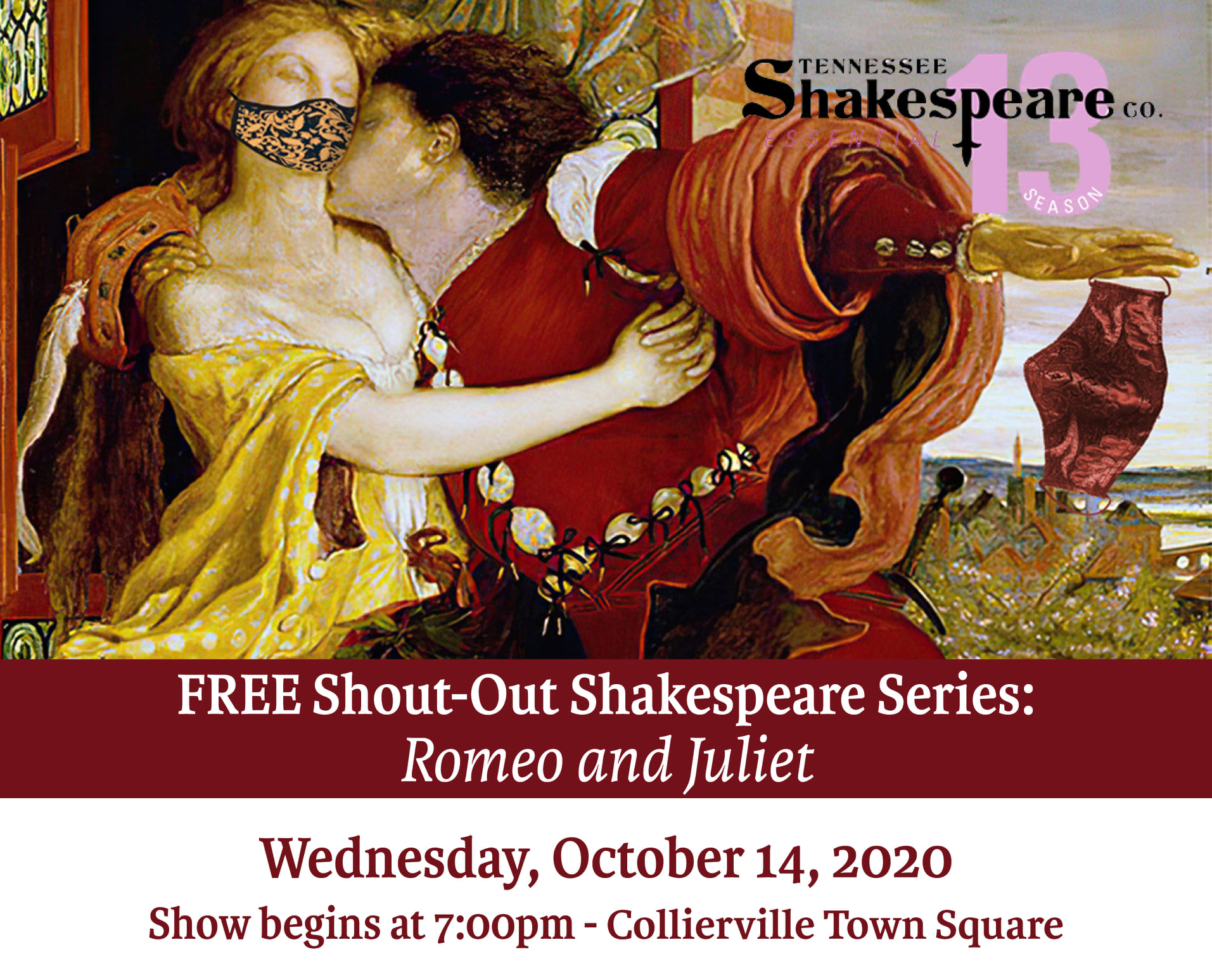 Town of Collierville Presents Shakespeare in the Park

Romeo, Romeo, wherefore art thou Romeo? Collierville’s Parks, Recreation and Cultural Arts Department is bringing the Tennessee Shakespeare Company to the Town Square, with a production of Romeo and Juliet by William Shakespeare. This event will be held on October 14 starting at 7:00 PM and is completely free to everyone who wants to attend.

The Tennessee Shakespeare Company is the only professional and non-profit education and theatre organization in Memphis. Opening their first season in 2008, the company has brought Shakespeare’s work to students across the county to help bring theatre education to young audiences. However, the company does not only perform  Shakespeare. In the past, they have performed shows such as The Glass Menagerie, and in 2014 they launched the Southern Literary Salons to showcase southern playwrights.

Shakespeare’s work has been studied and performed by students for hundreds of years. Considering he is known as one of the greatest playwrights and is credited with transforming the English language. Through his writing, students are able to study the language, history and the differences between various types of literature. The Tennessee Shakespeare Company’s vision for Shelby County, as well as the state of Tennessee, is that everyone will have the opportunity to study Shakespeare and get to see his work come to life. Although reading his work is beneficial, that is not what Shakespeare intended. Theatre is meant to be seen and heard.

Though these are strange times to us, with state-wide mandates, quarantine and masks being a first for us, Shakespeare was no stranger to lockdowns. During the mid-to-late 1500s, plague and quarantine were common. It is believed that Shakespeare wrote some of his best work during quarantine, but more importantly, he and his theatre company adapted. Just as we are doing today, Shakespeare and his colleagues brought theatre to the people in new ways, outside of the standard stage and seats.

Granted, today we have more outlets of entertainment compared to people of the late 16th century. We can still learn from him on adaptability and trying new things. Theatre is one of the oldest forms of entertainment and has seen great changes through the years; countless plagues, near extinction, rebirths, and a whole new format with musicals. Being able to see how the art form has changed through the centuries can inspire us to persevere through these unprecedented times.

Romeo and Juliet follows the story of two star-crossed lovers and their tragic love affair. The performance will begin at 7:00 PM at the Collierville Town Square. Audience members are encouraged to bring blankets and/or chairs to enjoy the show. However, they are asked to leave their pets at home. There will be socially distance measures in place and masks, temperature checks, and contact tracing information is mandatory at each performance. We thank you for your cooperation and for more information you can call, (901) 457-2770.