Dusting off attic boxes containing precious Christmas decorations typically marks the ceremonial beginning of the Advent season. Hanging wreaths and stockings ‘with care’ (as the old song goes) and displaying traditional nativity scenes presents a wonderful opportunity to reflect upon the true reason we celebrate Christmas – the birth of Jesus Christ. 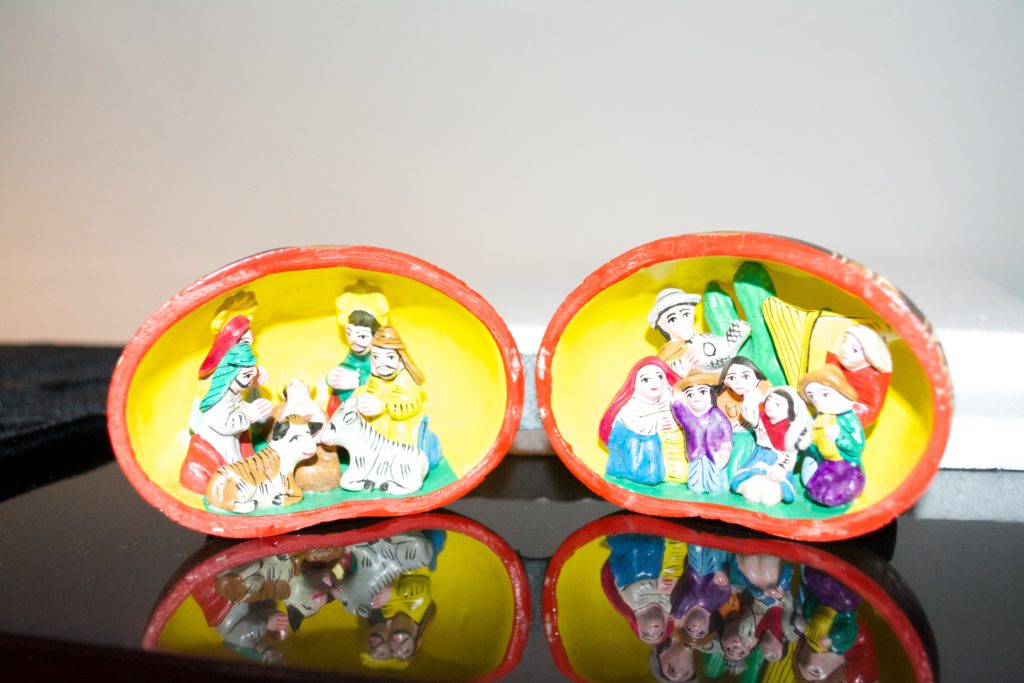 In the Goldsworthy home, Sharon and her husband Jim, have upwards of 50 crèches, more commonly known as nativities, throughout their home that were both given to them and collected from their various travels.

“When Jim and I married more than 50 years ago, his mother gifted us with a traditional stable scene, one we still display,” says Sharon. “A couple years later, I encountered my first pyramid nativity in a Scandinavian home and gift shop in Duluth, MN, where we lived. I was intrigued by the form and the features as they reflected the birth narrative as seen through another culture.”

Displaying a manger scene began with St. Francis of Assisi who wanted to commemorate the birth of Jesus. As these displays spread throughout Europe, they grew from Mary, Joseph, and the infant Jesus to include more characters, as time went on. 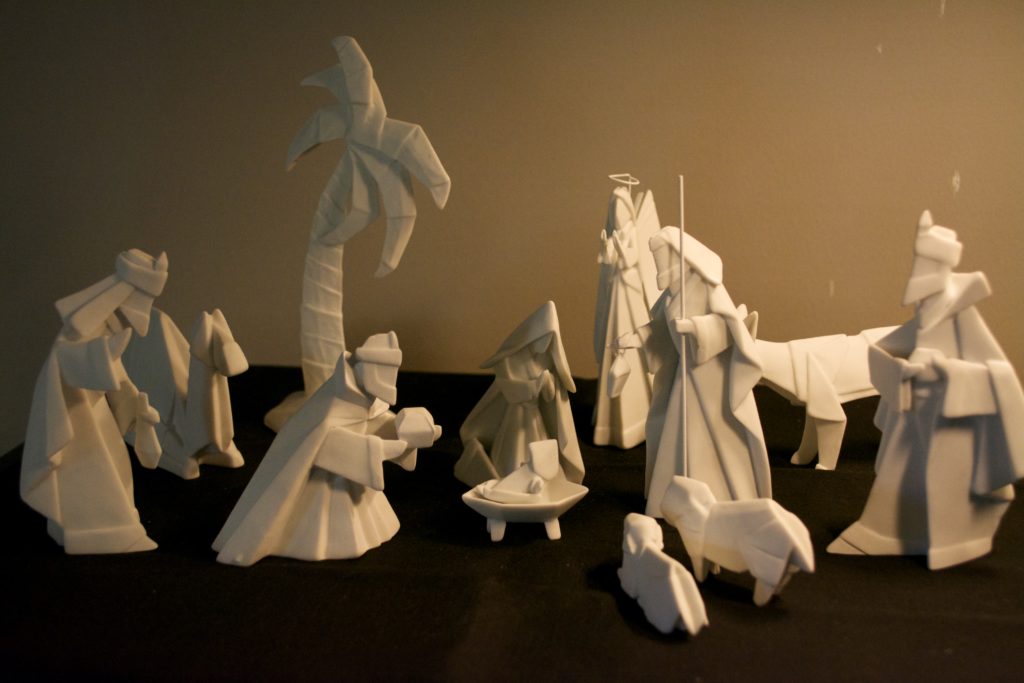 “When I began looking for nativities, especially when we traveled, I wasn’t as selective as I am now,” shares Sharon. “In the past few years, I’ve added only a few, chosen because they are unique or especially interesting. Because I love them all, it’s too difficult to select a favorite! Most are interpreted through the culture of the people or country where they originated.”

Sharon guided me on a select tour of nativities that stand out for their intricacies, best representing their origins. “This large set from Africa presents the figures with clearly native features and dress; it’s formed from riverbank clay,” Sharon describes as she points to one scene in their foyer. Mary and Joseph are seated in chairs, unlike the typical bowing postures of American made scenes.

Resting on the piano, “a contemporary grouping from Japan is white bisque origami,” remarks Sharon. We study the various beautifully crafted characters. “This primitive design from Ireland derives from Stonehenge-like figures,” she exclaims from the dining room, as I study the unique depiction of the birth story. “I love Advent and Christmastide. It’s easy to be distracted or even sidetracked by our 21st century style of celebrating. The nativities are one way of centering on the birth of Christ, on scripture that tells the story of the promises made and kept.” 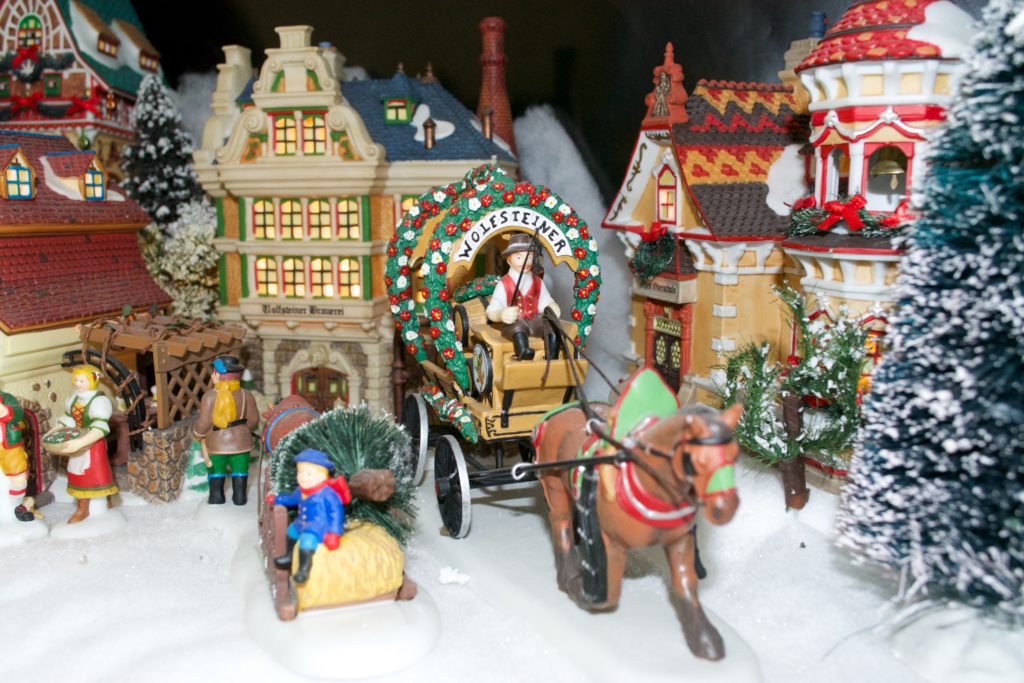 In addition to the manager scenes, the spirit of Christmas is very much alive in their enchanting, dimly lit Department 56 village, containing over 40 ceramic, architectural structures and townsfolk. The old-fashioned town, twinkling with lights, evokes a sense of nostalgia from Collierville’s Christmas past when peering into the frost covered window fronts.

“Many of our holiday traditions are treasured for the good feelings they evoke as we remember and renew them each December,” remarks Sharon. “Whether they have to do with certain carols or meals or gifts, I believe the comfort they offer has to do with our sense of being together, as family, as a community, as fellow Christians. To me, the nativities from around the world express the commonality of our humanity and our shared faith.” The Goldsworthys’ are open to adding more unique nativities to their collection in their future travels.

You can experience more than 100 exotic manager scenes from around the world at Collierville Bible Museum’s Away in 100 Mangers exhibition, which runs through January 18, 2020. The exhibition includes over 150 nativities, crèches, and vintage prints that give a person a window into the cultures and customs of the world.