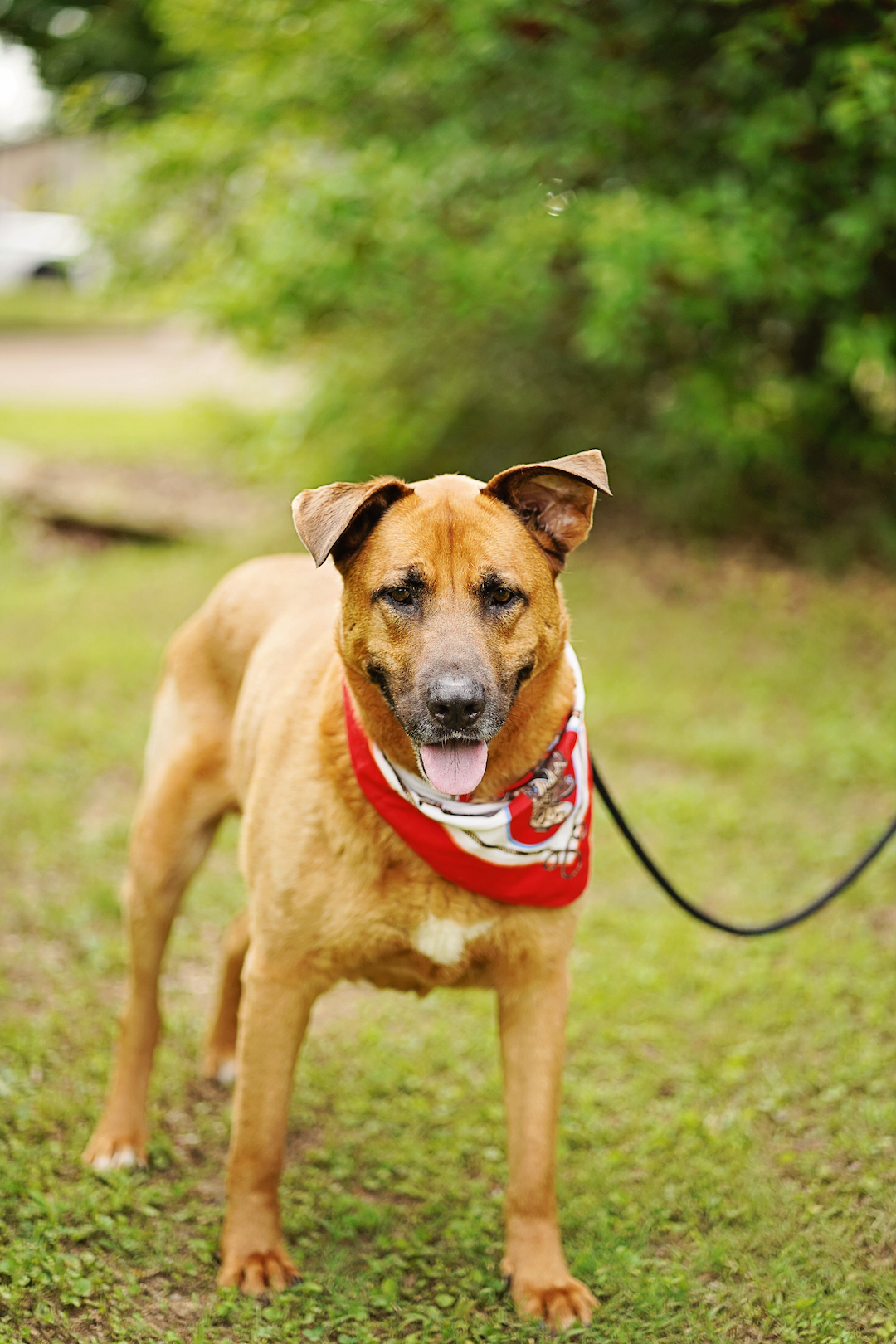 The Adventures of Seabiscuit

Chapter One: The Run

Everyone has a story. Mine starts in the middle, when I was abandoned by my humans at Carriage Crossing mall. Lost, hungry and scared, I couldn’t get my bearings. I was so afraid! So I ran… around the mall, along the highway… I was desperate to find my way home. Later, I learned that I had become pretty famous because people had been taking pictures of me and sharing my story on something called “Facebook.” The shelter humans tried to catch me so many times, but my running skills were pretty next level, if I say so myself. The shelter humans were finally able to catch me in my weakened state, and thank heavens for that.

When I arrived at the shelter I was given a kennel, a bed, and a name, Seabiscuit. I hear my namesake was a famous racehorse, and they chose that to commemorate the heart and endurance I showed during my run. I quickly became known as the resident “gentle giant” and the “big teddy bear with an even bigger heart.” I’m a middle-aged, male, 95 pound, Shepard mix with an old soul. I love going on walks, or maybe you could call them ambles, because now that I’m safe, my racehorse days are behind me. I’m a mellow guy who loves to lean into humans when we pause to enjoy the day or stop for a chat. One of the human volunteers told me I’m the special kind of guy who touches your heart in a way that keeps you thinking about me even when you’re not with me.

One day while out for a walk, one of the humans noticed that I had a growth on my hip. They took me to a human named “Vet” and she called the growth on my hip “cancer.” The humans at the shelter were heartbroken, but they rallied together to get me the surgery needed because they said I was a very special dog. I sailed through surgery and have been in a foster home recuperating ever since. I’ve been given a clean bill of health now, with the exception of heartworm treatment, which the shelter will cover. I am so proud to add cancer survivor to my list of achievements! I’m also happy to report I’ve been cleared for adoption!

I’ve started another chapter and already given it a title: FOREVER HOME. Now that I’m cleared for adoption, I hope you’re the other main character!