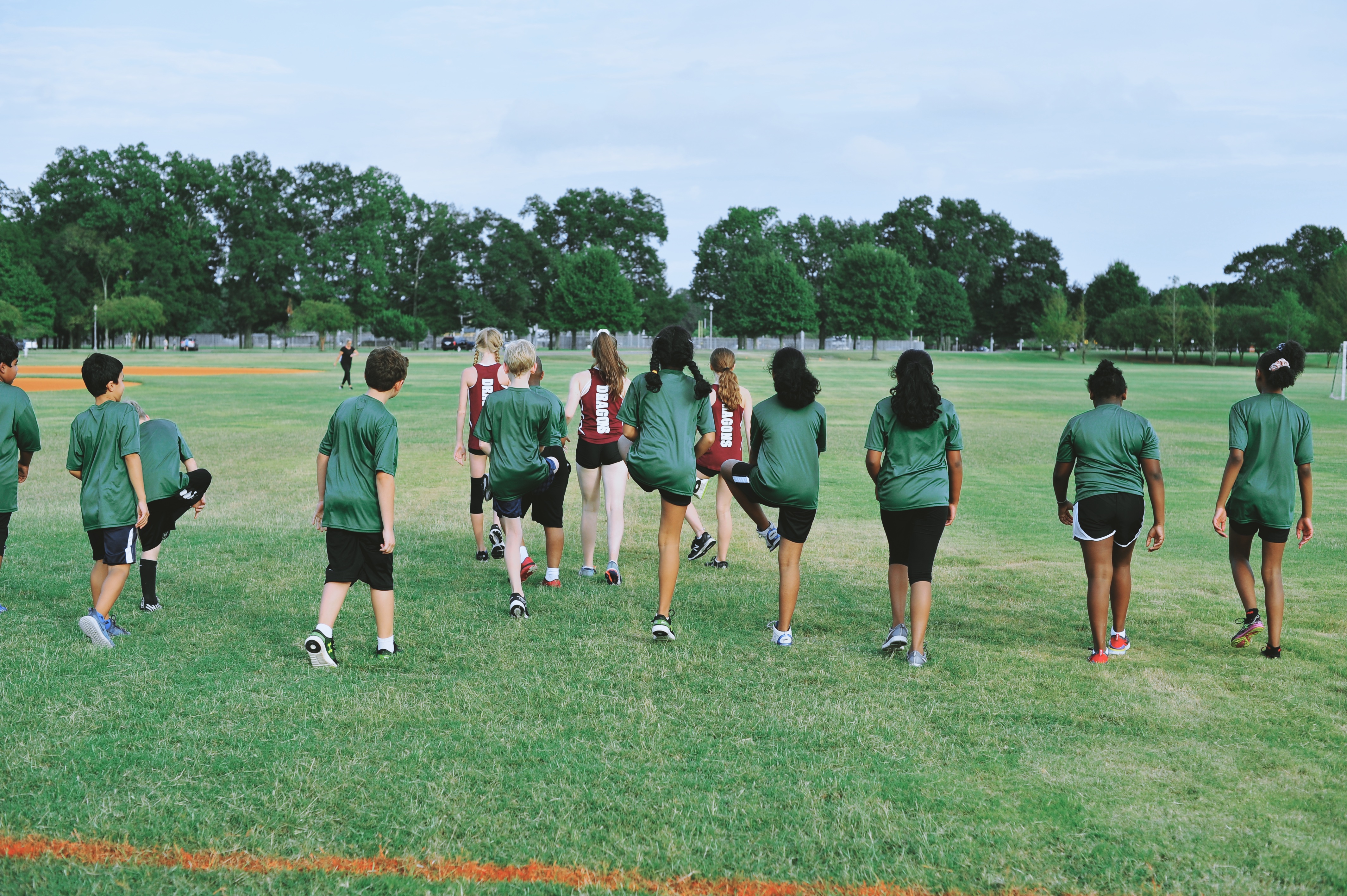 This year, the Collierville School district added a cross country program to two of its elementary schools –– Tara Oaks and Schilling Farms –– as part of a Coordinated School Health Opportunity pilot program. 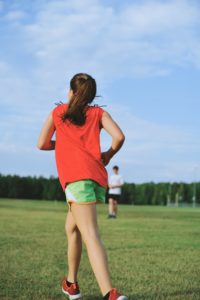 “We see CSHOP as an extension of the physical education program. Not every student is going to be an athlete but they need an opportunity to see if a sport, or sport-like environment, is something that they’d be interested in,” said Summerville. Parents and students alike have reacted positively to CSHOP.

Although there had been interest in developing an elementary school cross country program for some years, it was only when Tammy Townsend became the Physical Education teacher at Schilling Farms Elementary that the path forward became easier. Townsend was already the Collierville Middle School Cross Country coach, with access to the programs that are needed to time the races and record finish times.

“My husband and I have coached Collierville Middle for years, but we saw a need [for a Collierville elementary team] because middle and high schools teams are better when they have elementary teams. So, having this program not only helps the sport, but will also help Collierville High School in the future,” said Townsend.

Lori Streitmatter, the Physical Education teacher at Tara Oaks Elementary School, said, “We didn’t know if parents would be interested in having elementary cross country teams.” The district decided to test the program with four races, all to be completed before the school’s fall break.

Streitmatter is the coach of Tara Oaks Elementary’s team, while Townsend coaches Schilling Farms Elementary. Both have a coaching certification from the Road Runners Club of America, an organization dedicated to growing the sport of running. Townsend’s own middle school cross country runners, as well as middle schoolers from West Collierville’s team, and their parents helped set up for these races, acted as course monitors and helped time the elementary runners as they came across the finish line.

After their first race, it was clear that there was an abundance of interest in an elementary school cross country program. “Parents exploded about it on social media,” said Streitmatter. “The district received calls from other schools, asking to be included in the program.”

Tara Oaks and Schilling Farm Elementary schools currently have 43 runners between the two teams. On October 7th, they ran their championship race at Johnson Park, where they gave out ribbons to the Top 10 overall runners. However, competition is not the most important part of this program. 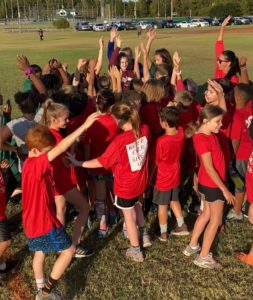 Both Streitmatter and Townsend value the importance of teamwork and sometimes coach their teams together.  “This program is supposed to be about training and exposing them to race conditions,” said Streitmatter. “If they continue on with the sport, these kids might be on the same teams in middle school, so we wanted to give the program an educational and family feel.”

Summerville echoed that, saying, “Competition may creep in, but that’s not our main focus. We want to give students a pressure-free atmosphere with an organized sports feel. We’re looking to create life-long learners of activity and staying healthy.”

On October 22nd, the Collierville school district plans to hold a cross country jamboree for all the elementary schools, where there will be a one-mile untimed race so that students and families can be introduced to cross country. Townsend hopes that this jamboree gets even more students involved, saying, “It’s just great to watch these kids, who maybe didn’t totally understand what cross country was until they saw it, grow.”