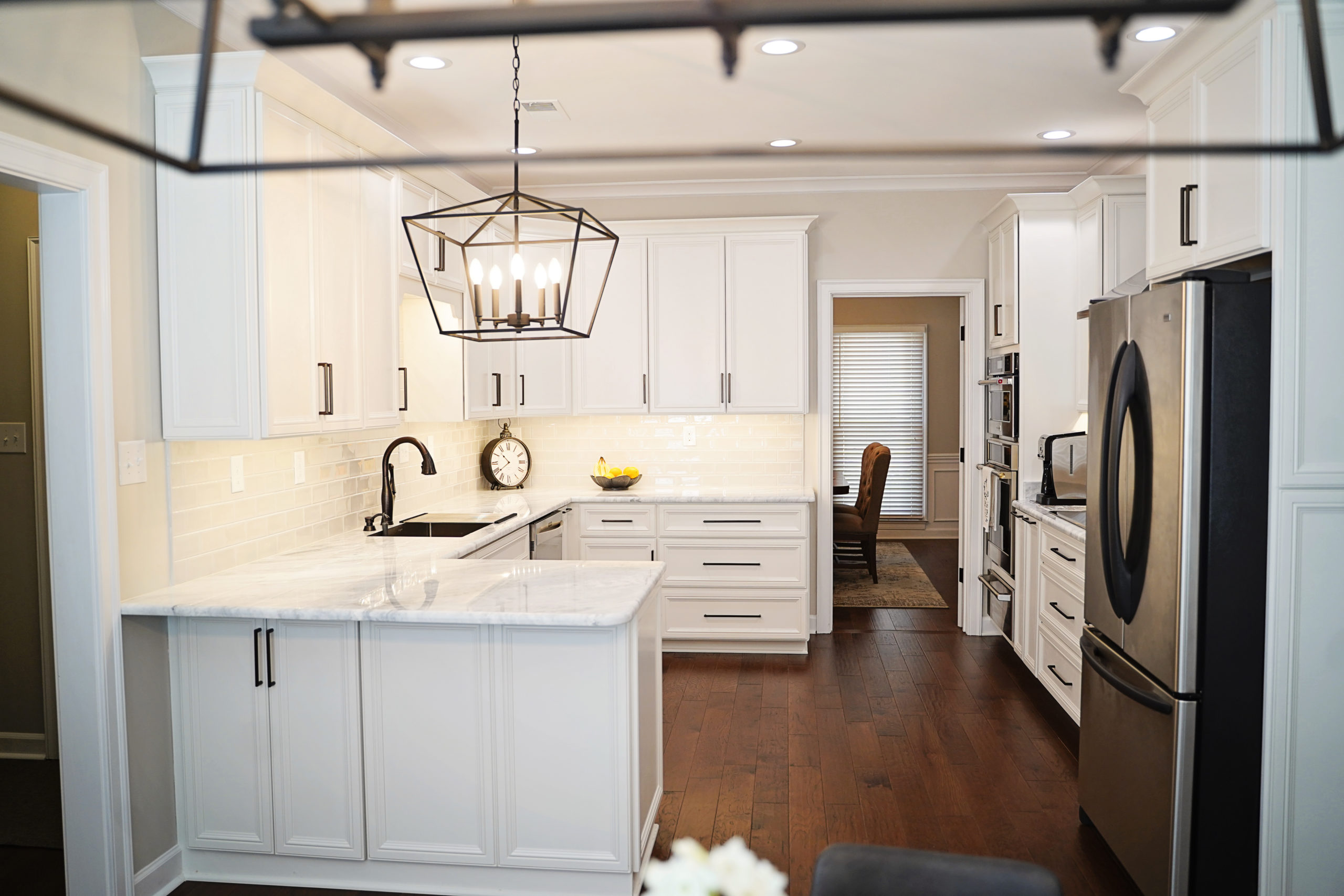 Originally from New Orleans, Danny and Debbie Eddlestone moved into their roughly 30-year-old Collierville home in 2005. When they first bought the home, they were drawn to the dark wood tones throughout the house as well as its stunning exterior. “The home is so well built and has a lot of little extras,” said Debbie Eddlestone.

Within the past few years, the Eddlestones decided that the home was in need of updating. “It was just dated, so we’d done a few other projects in the house,” said Debbie. They had already done some minor work in the kitchen, including removing several layers of wallpaper and painting, but in August 2020, they decided to commit to having the entire kitchen renovated. 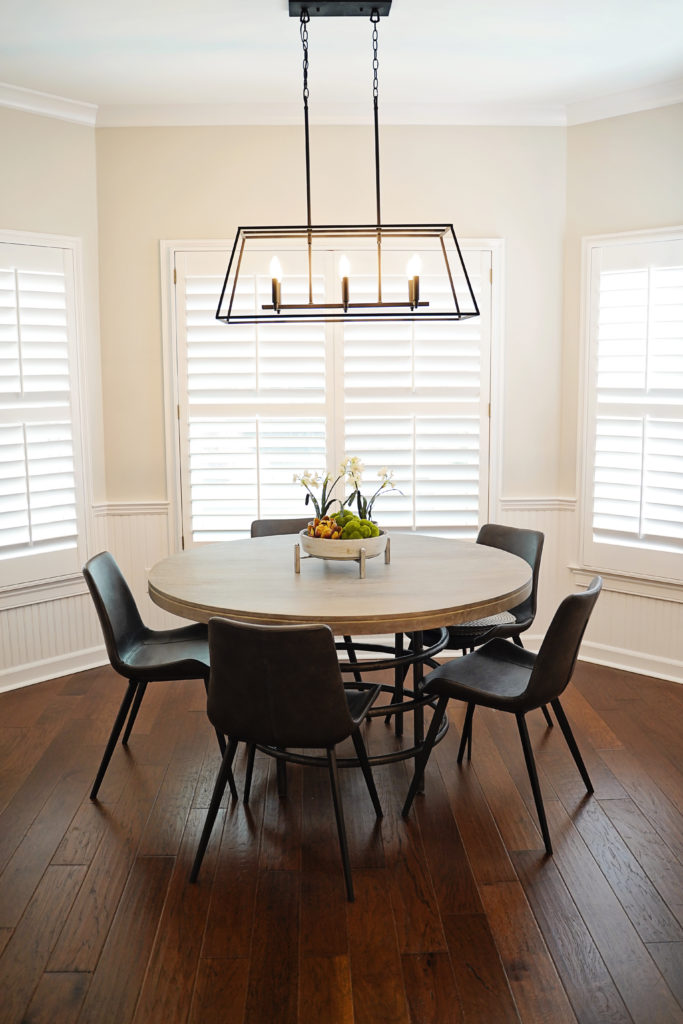 Previously full of dark cabinets, gold and red accents, cream flooring and dim lighting, the kitchen needed to be brought into the 21st century. The Eddlestones already had a color palette and general direction — clean and bright — in mind when they started the project.

They knew that they wanted to prioritize counter space, as their old kitchen had a built-in bread box with a sizable counter footprint. “We like a lot of countertop [space], because both of us cook. We needed space for chopping here and mixing there,” said Danny Eddlestone. Kitchen organization was also a major focus for the remodel. “For example, I knew I wanted drawers instead of cabinets [to make organizing easier],” said Debbie.

They chose Designer Wholesale after meeting with their team at the Home Show of the Mid-South at the Agricenter. “We knew we wanted somebody who was full-scale,” said Debbie. From the first appointment at the showroom to the final product, the entire renovation took about three months to complete, finishing in early November. In addition to the kitchen, Designer Wholesale also installed wood floors from the dining room to the kitchen and renovated the half-bath off the kitchen. 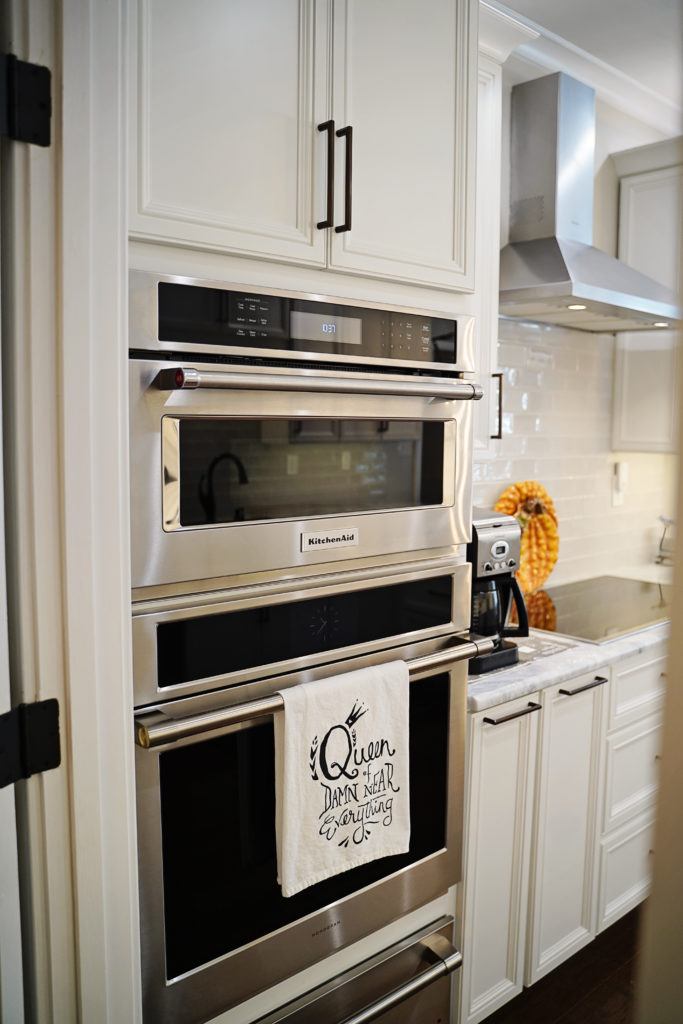 “We were really able to articulate what we thought we wanted [to Designer Wholesale] and they were able to show us how it would look,” said Debbie. The design team was also able to advise the couple about nuanced elements, such as backsplash length and LED lighting.

The renovation of the kitchen involved fully gutting the old space. Although the original layout of the kitchen was mostly kept, the peninsula counter was shortened by a foot to accommodate more room between the counters and the fridge, per Danny’s request. “It made the kitchen feel and look bigger,” he said.

Designer Wholesale then replaced the original flooring with hardwood floors, installed custom-made cabinets and placed new modern, metal light fixtures overhead, all with LED lights for maximum brightness. “I knew the minute that I saw [the light fixtures] that was what I wanted,” said Debbie. 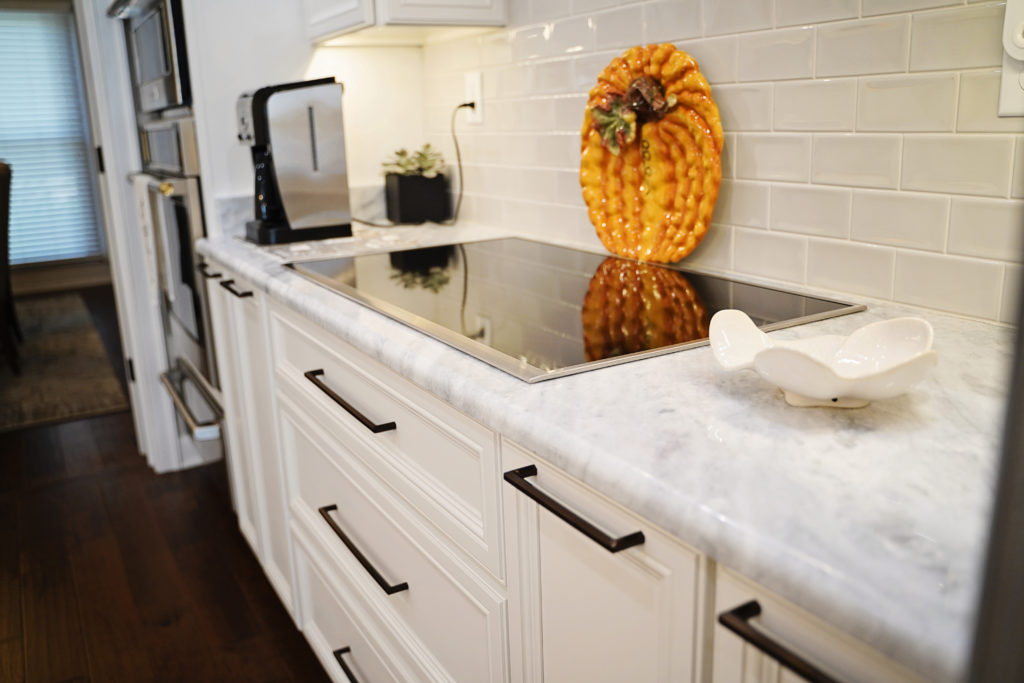 Once the kitchen was completed, the Eddlestones could not have been happier with the outcome. Danny cites the state-of-the-art cooktop as his favorite part of the new kitchen. “[The cooktop] is operated by touch, so you can determine which burner is on and what level of heat it has just by touching it,” he explained. Meanwhile, Debbie is thrilled with the fact that everything has its own place. “There’s no junk drawer really,” she laughed.

The Eddlestones are excited for years to come spent in this kitchen, where they can work as a team to create meals to remember.