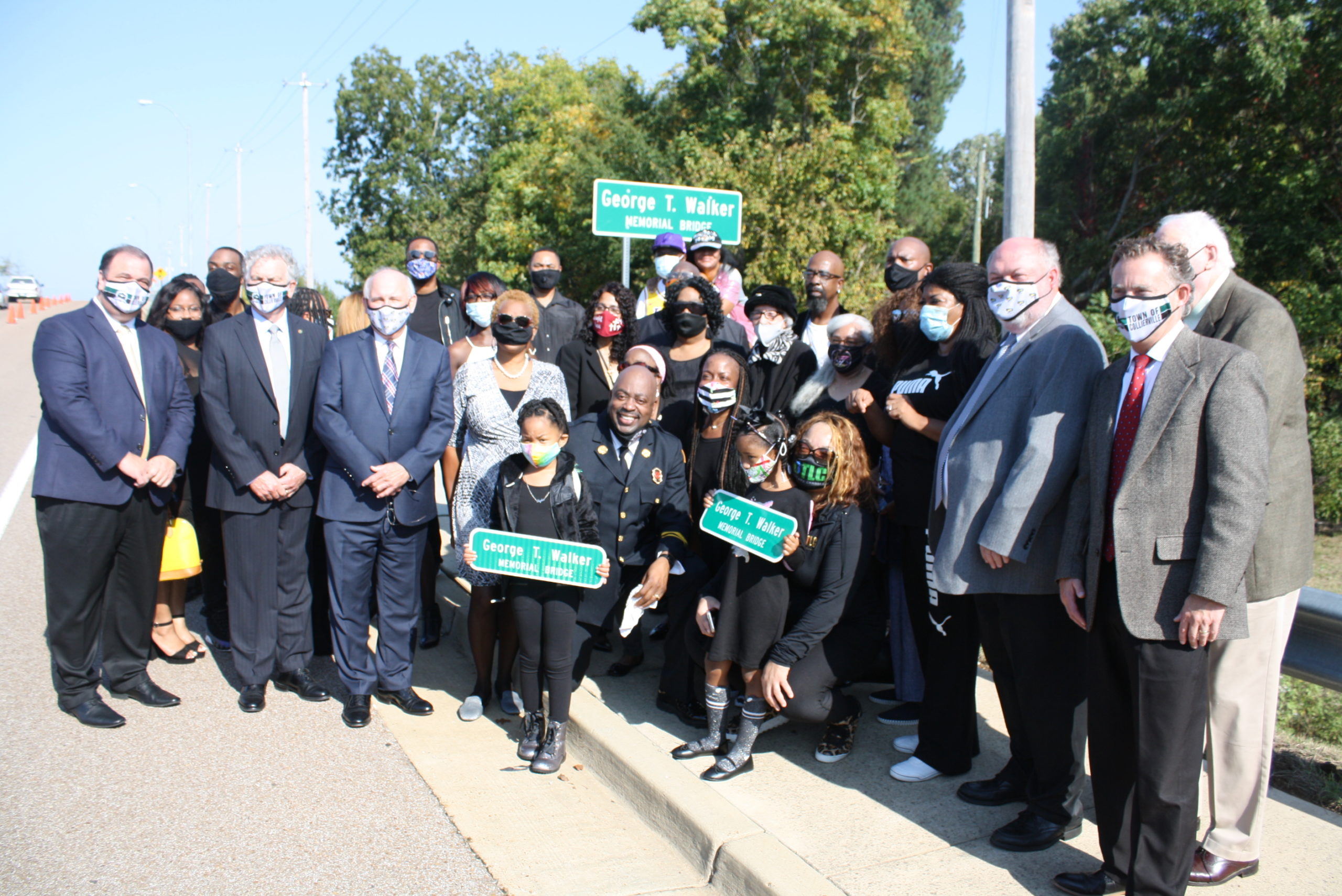 On Monday, October 12th, the Town of Collierville, family and friends gathered to dedicate the Highway 72 bridge in honor of the late George T. Walker.

Walker was the first Black police officer and first Black alderman in Collierville. He was also a business owner and served as an Army sergeant in Vietnam. He was a leader in the community and a family man. Walker was tragically murdered in a grocery store on West Street in 2001. The murder has yet to be solved.

Collierville Mayor Stan Joyner and State Representative Kevin Vaughan opened the ceremony by discussing their memories of Walker and extolling his personal and public contributions to the Town of Collierville. Aldermen John and Taylor Stamps, John Worley and Billy Patton were all also present at the dedication ceremony.

Walker’s son, Rickey Walker, who is a Battalion Chief at the Collierville Fire Department, expressed his family’s pride at their father’s accomplishments as well as their grief in losing him and his case not yet being solved. Walker’s granddaughter, Rachel, unveiled the new sign for the bridge, and State Senator Paul Rose presented the family with honorary signs that read “George T. Walker Memorial Bridge.”