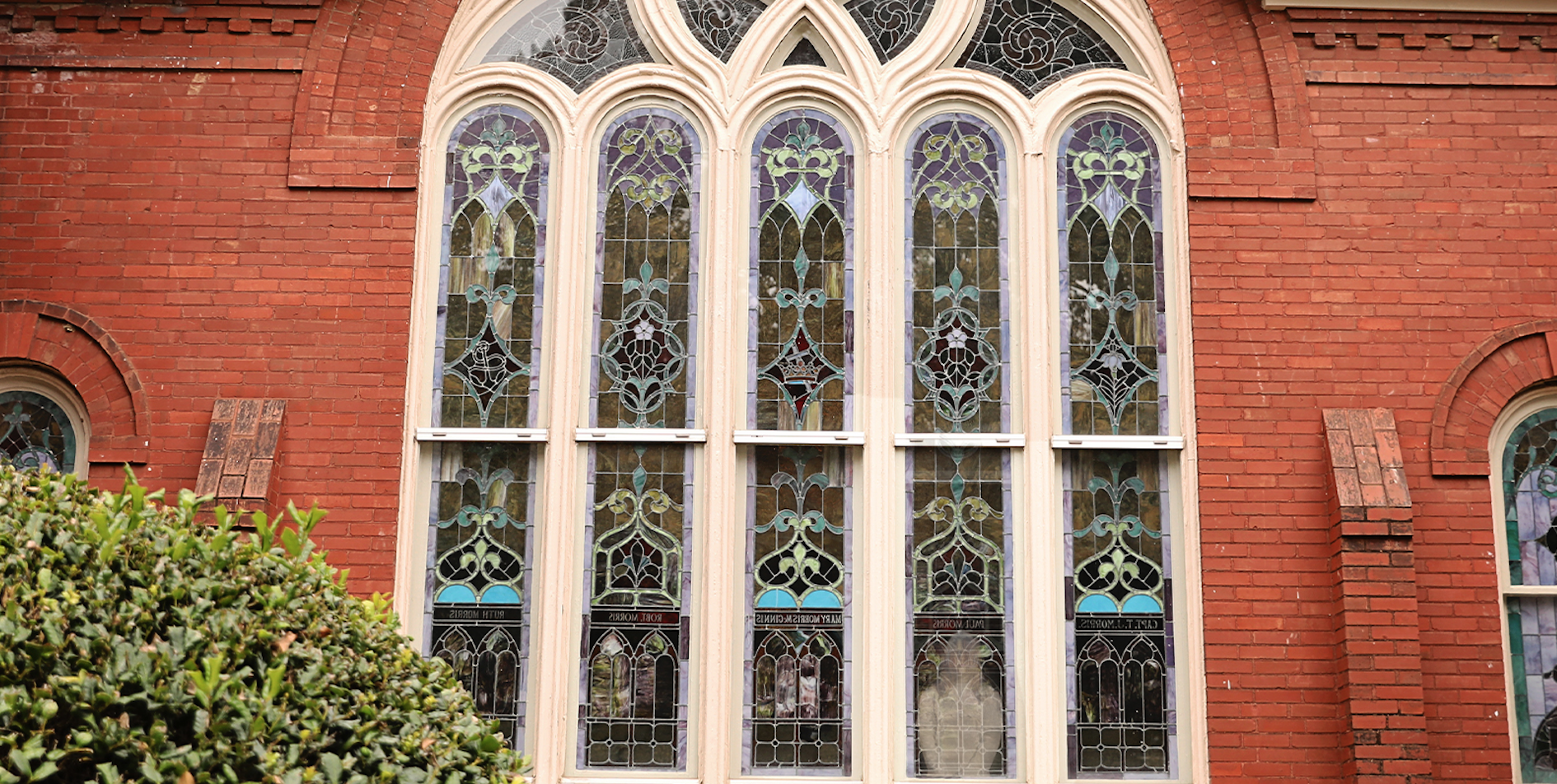 Frightening Fable: Sanctuary on the Square

We’ve been trying to frighten one another since storytelling began. From Count Dracula to Frankenstein, these tales create a fear of what is lurking around the corner, giving us all a good scare! What better time than Halloween to dust off the cobwebs off an old Collierville story that is sure to raise goosebumps. If the weather isn’t enough to send a chill up your spine, settle in for a terrifying tale that is sure to delight around a campfire.

The Historic Collierville United Methodist Church location, known as the Sanctuary on the Square, was built in 1900. Since its formation, many generations have attended church and passed down the stories of a frightening figure on the second floor. Long time church member, Len Lawhon, grew up in the CUMC church and was willing to share his personal recollections of the phantom figure:

“Growing up, I first remember people talking about the ghost back when I was a little bitty kid going to Sunday school. The Methodist church on the Square has a great history of being part of the Square itself, and being an old building, it has a way of creaking and making all kinds of noise. The church secretary used to talk about how the doors would creak and slam when they’d be working there by themselves back in the day, and so the story is that there is a little girl that haunts the building. Over the years the stories have taken on all different kinds of embellishments, which is the cool thing about ghost stories, but some people have said the little girl is looking for her mother because she was left at the church or another story is that she was killed in an accident on the railroad tracks. But the idea is, that the little girl can be heard crying and these noises keep coming from the second floor.

And by the way, I do not believe in ghosts, but I did grow up with this and have actually witnessed some of the phenomenon! You can actually see her looking out of the window late at night, behind the lace curtain. At night the reflection of the lace looks exactly like a long dress and you can see it moving. So this must have been about 20 years ago, but one night I glanced up at the window and it absolutely floored me and I thought, ‘Oh, there she is!’ There is the nine-year-old little girl that some people call ‘Mary’ and others have made up all kinds of things. But I was parked right there on the corner between the train tracks and the building, and I glanced up was so amusingly frightened that if I had been a believer in ghosts, it probably would have petrified me!” – Len Lawhon

If you’re looking for a scare on the Square, keep an eye and an ear out for the little girl haunting the second floor of the Sanctuary on the Square! You might just get a fright this Halloween night!