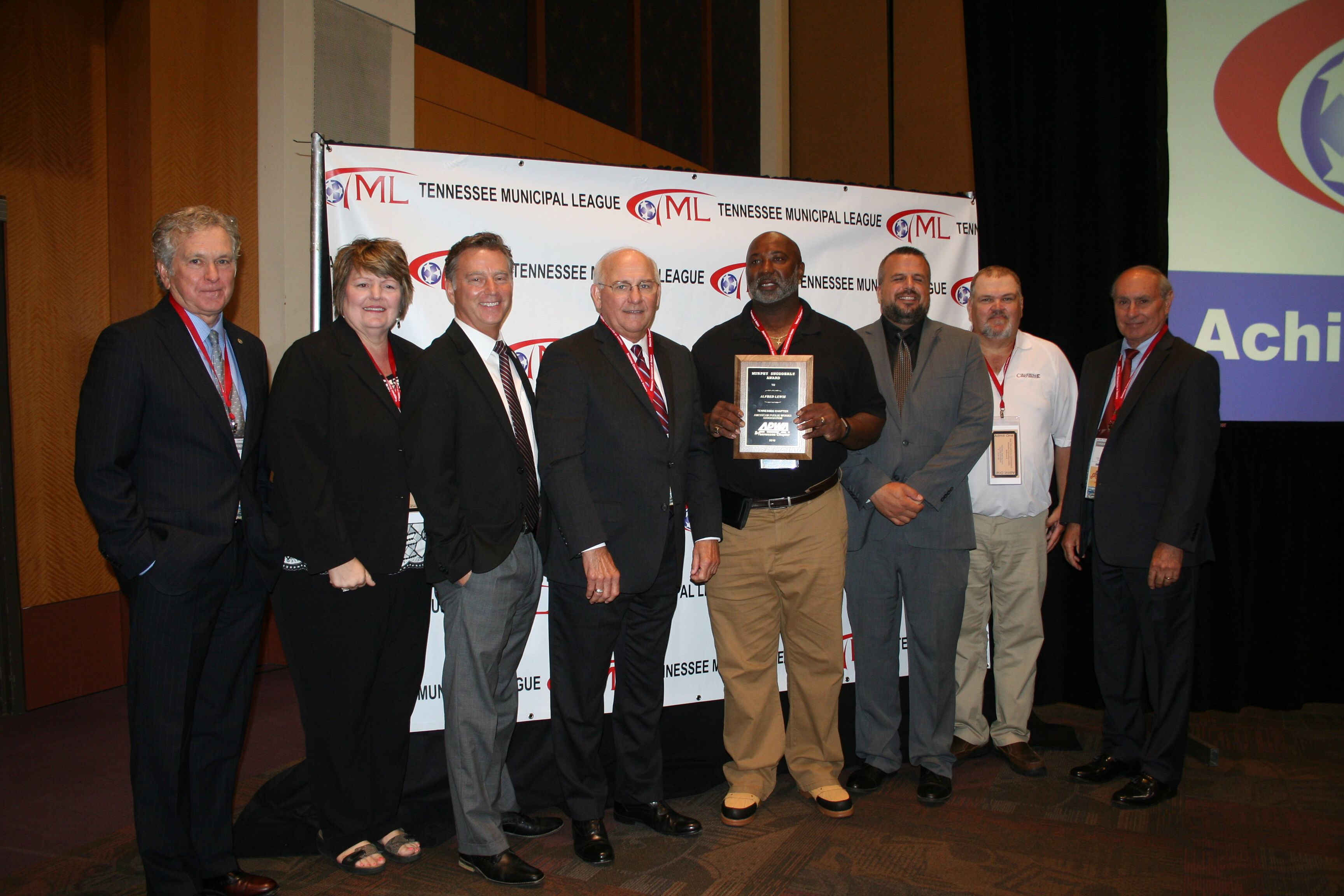 “Service with a smile” is something that the Sanitation Division of Collierville Public Services practices every day. Sanitation Worker Alfred Lewis has practiced this motto for 21 years, and last week, he was recognized at a state conference for outstanding service to the Collierville community.

Lewis received the Murphy Snoderly Award from the Tennessee Chapter of the American Public Works Association (TCAPWA) at the Tennessee Municipal League (TML) Conference held June 22 – 25 in Memphis. Murphy Snoderly, for whom the award is named, was a long-time engineering and Public Works consultant for the University of Tennessee Municipal Technical Advisory Service. He felt that the working person who performs various basic tasks day-in and day-out should be recognized for their dedication and good work.

“As a Sanitation Worker, Alfred Lewis performs his duties on a daily basis, regardless of the weather, with a smile on his face, ready to help out his fellow employees and residents with anything they might need,” said Operations Manager John Fox, Collierville Public Services. “He has received numerous safety awards and is frequently complimented by the residents he serves.”

Recently a resident shared that he had bagged grass spilling over into other debris on his curb and into his yard. Lewis collected all the scattered items from the yard, picked up the bagged grass, and then took the time to sweep the area around the curb. There was no trace of any spillage when Lewis moved on to the next home.

Lewis provides sanitation collections for 15,400 stops on a weekly basis. In addition to his daily collection routes, Lewis also trains new Sanitation Workers and Drivers. And in his 21 years of service, he has rarely missed a day of work.

“His superior performance and work ethic are an example for fellow employees to follow,” said Fox.