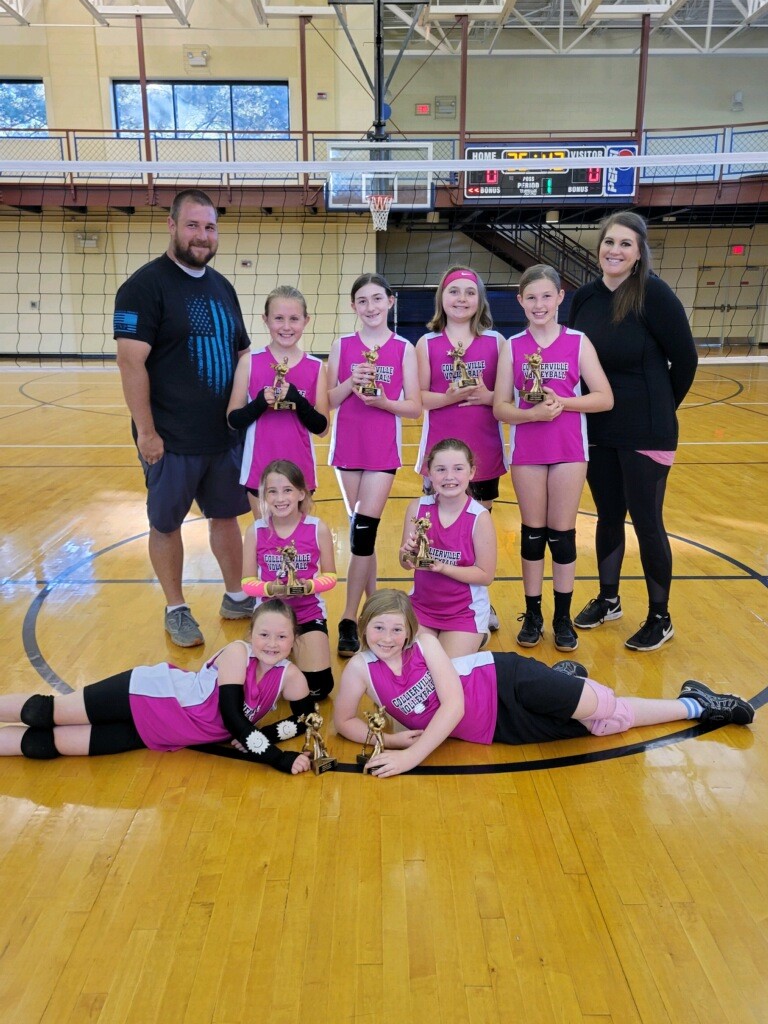 Olivia and Isabella Pfeil (ages 16 and 10 respectively) have played volleyball through the Collierville Parks Department for several years, and this year, their parents, Brad and Heather, decided to coach a team of girls in grades 2 through 4.

The Pfeils also knew that there was a connection between volleyball clubs and the Side-Out Foundation, a non-profit that funds research to help lengthen the lives of metastatic breast cancer patients. The Side-Out Foundation was founded by Rick Dunetz, a volleyball coach in Virginia, after his mother was diagnosed with metastatic breast cancer. When Dunetz shared his mother’s story with his players, they played their best for him and his mother and ended up winning the championship. Their optimism and dedication inspired his mom as she fought her fight, and Dunetz recognized the magic that resulted from the alliance.

Heather Pfeil said, “When we were told by our daughter that she selected pink jerseys for our team, we saw it as an opportunity to name our team Dig Pink, and figured out a way to donate money while inspiring and motivating our players to play their best for an amazing cause.”

Dig Pink is the name of the Side-Out Foundation program that connects volleyball clubs with support and research efforts for metastatic or stage IV breast cancer. The Pfeils told their team they would donate $5 for every set won, $10 for every game won and $100 for the championship game.

The girls were motivated beyond the Pfeils’ wildest dreams! They won their age group’s championship on May 11, 2021. The team’s success inspired team parents to donate as well, and the team ended up raising $575 for the Side-Out Foundation.

“Because of these girls’ great attitudes, focus and hard work, they went undefeated,” said Pfeil, “and as a team, we became a source of hope for those living with metastatic breast cancer.”