A History of Faith

Collierville was founded in 1835 or 1836 in Shelby County, which in turn had been established in either 1819 or 1820, depending on which sources you trust.  Collierville was named for Jesse R. Collier, who was a landowner and was instrumental in forging the community into an actual town.  It is the second oldest town in Shelby County, Tennessee. The original town, called Oak Grove, was a little bit east of the current downtown area. Within the first decade of Collierville history, most likely in the year 1844, the Christian Church was founded. The first minister was a man named Matthew Weber, about whom little is known. As with most churches in the Disciples of Christ tradition during that period, the minister was more of a preacher or evangelist than a modern pastor. Much of the work in every local congregation was done by lay leaders in the church and it was not unusual for the “minister” to have a relatively short tenure (1-2 years).

Not much is known about the first few decades of the Christian Church in Collierville, but clearly it survived the Civil War. It is not absolutely clear where the congregation met through the mid-1860s, but around the end of the Civil War and for about a decade after, the congregation met in a boys’ school on Burrows Road, south of White Road and between Main Street and Peterson Lake Road. 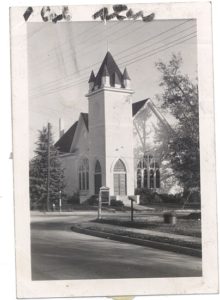 In 1870, during the period known as Reconstruction, the congregation purchased property at the corner of Poplar and Main. A church building was completed in 1876. The congregation continued to worship there through the end of the 19th Century and in 1906, the building was extensively remodeled. Today that building is home to the Morton Museum of Collierville History.

But the changes to Collierville Christian through the years run deeper than the property and the buildings. When the congregation was founded in the first half of the 19th century, Disciples of Christ congregations worshiped without instrumental music. This church was part of the “Stone Campbell Movement” which also gave rise to the Churches of Christ.  While it is not clear precisely when the first melodeon, piano, or pump organ was used at Collierville Christian, it would almost certainly have been within a few years of the completion of the first building in 1876 and certainly prior to the dedication of the renovated building in 1906.

By the 1970s and early 1980s Collierville was expanding beyond the downtown area. There was significant growth to the north and west of downtown.  So in 1984 Collierville Christian Church bought property on New Byhalia Road and would construct a building and move there within a decade. In 2001 that building was expanded and the congregation still worships there today.

Before leaving Poplar and Main, sometime around the early 1960s, Collierville Christian began a holiday tradition of hosting a Live Nativity Scene on the church grounds. That continued after the move to New Byhalia Road and in 1994, under the leadership of the Rev. Bill Reed, the church added a “Walk Through Bethlehem.” A large portion of the building was decorated as the small village of Bethlehem. Members dressed as biblical characters such as merchants, crafts people, innkeepers, and Roman census takers. Those two December events continued until well after 2000.

Today, Christmas in Collierville is truly a magnificent event for both the Collierville Christian Church and the Morton Museum, that has taken residency in the old church’s building.  This year the Morton Museum will host a “Country Christmas” where it will take families back to Collierville’s founding days, and show them what it was like during the Pioneer Age.  Collierville Christian Church will host its annual Christmas Cantata, as well as two Christmas Eve Communion Services, culminating with the lighting of candles at midnight as the old church bell (brought from the original building to the new location) rings in Christmas Day. 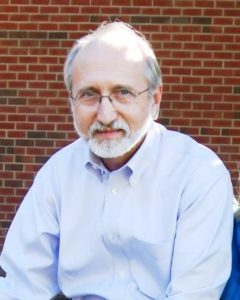