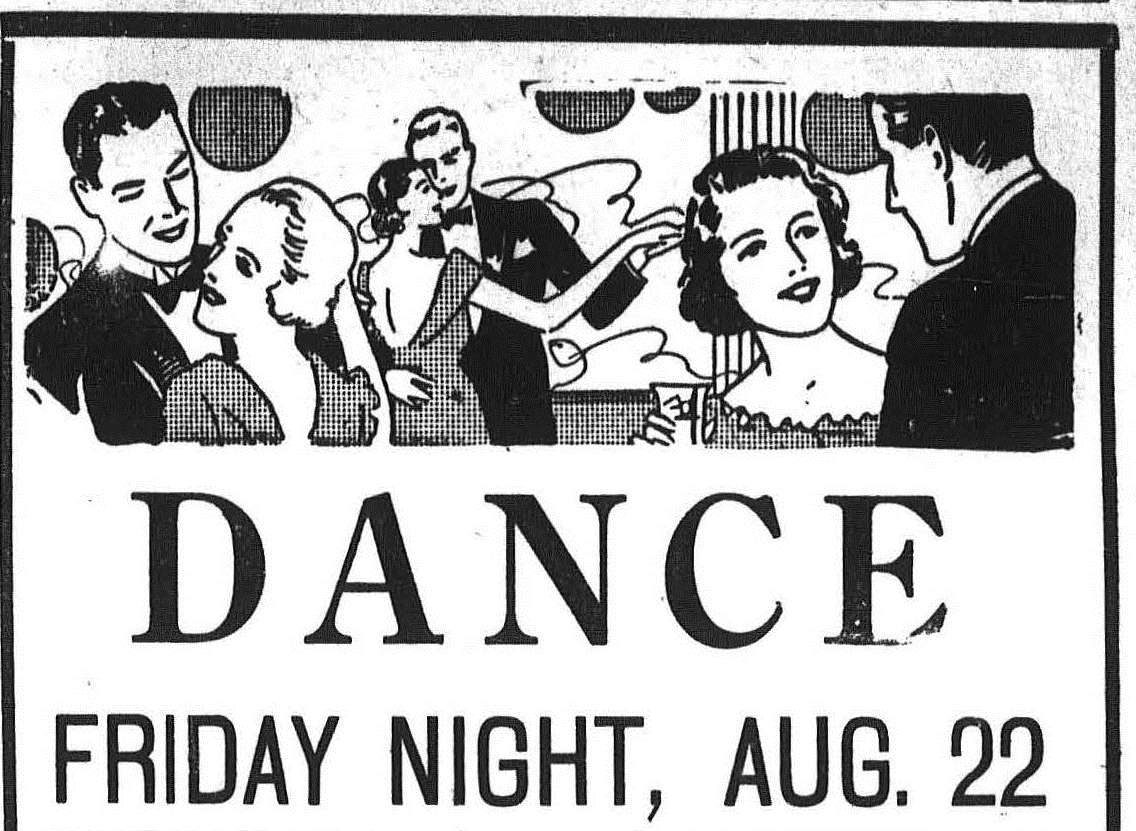 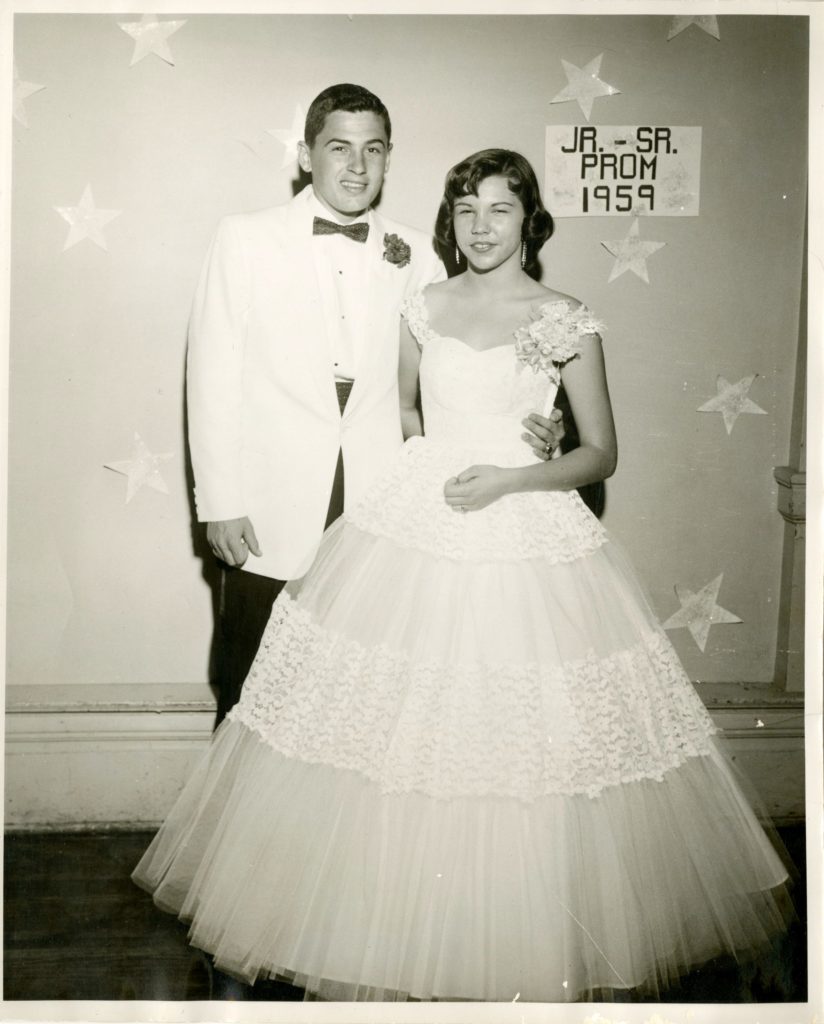 For many, memories of the ‘50s carry the sound of Bop and Rock-and-Roll, the swirling of long skirts, and the soft scuffle of socked feet across an old wooden gym floor. Collierville High School 1959 graduate Nancy Newby Perkins recalls, “the music and dance seemed to be faster and wilder than Big Band music, but calmer than the Jitterbug. We listened and danced to artists like Fats Domino, Bill Haley and the Comets, Chuck Berry, and Jerry Lee Lewis, who lived in Collierville for a short time. Our area, all of Memphis really, was interested in anything that Elvis Presley was singing. We had kind of a ‘local boy does good’ feeling toward his music. I remember getting permission on a Sunday night for our teen bible study to leave church to see Elvis on the Ed Sullivan Variety Show. If Elvis had any song out, whether it was good or not, we were probably listening to it.”

The most common event theme of the fifties decade were sock hops, but “Collierville High School seemed to have had only a few” remembers Perkins. “We would have a sock hop in the gym every once in awhile and a record player provided the music. For those, you would have to take your shoes off because they didn’t want the wood floor in the gym to be scratched. At the end, there would be a mountain of shoes at the door and it would be like trying to find a needle in a haystack to find your other shoe! Another student arranged dance would usually happen after a home football game in the school basement. Again, there would be a record player and someone would say, ‘I brought Tutti Frutti’ or ‘I brought an Elvis record’. It would just be something fun to do after the game since we were all fired up! The cafeteria tables and chairs had to be back in place before leaving. We seemed to create our own entertainment.”

“More organized dances were held at the VFW clubhouse on Center Street. There was a jukebox provided by Leon Snow who owned Snow Amusement. The dances were held every other week and people would come from Memphis, Somerville, and other surrounding areas. Adults were there as chaperones and chauffeurs, but mostly the kids danced. I don’t remember any refreshments. Someone may have made a cake, maybe brought Cokes, but surely not bottled water! Water was always in the water fountain,” related Perkins. Prom was another organized dance opportunity many young people looked forward to during their high school years. “Collierville High School had a Junior/Senior prom. We didn’t have big classes; I think there were 51 or so in my class, and maybe 38 or 39 in the class ahead of us. Where most schools would have a Senior prom, ours would include the Junior class. In 1959, I went with Morgan Morton. We were never serious; our parents worked on the Square and we both lived in town. We were just good friends! Morgan wore his white sport coat and a pink carnation. Not one of the guys had a tux, most wore their Sunday suits. Strong’s Flower Shop was the only place in town to obtain corsages and boutonnieres. My aunt made that particular dress for me. It was white, but we were really into bright colors. The dance floor was quite colorful, but you would never know it because all our pictures were in black and white!” The 1959 prom was at the Peabody Hotel and had a Stardust theme. Floating stars were used as the photographer’s backdrop, and Perkins remembers not much elaborate decorating being done, “just a lot of crepe paper!” 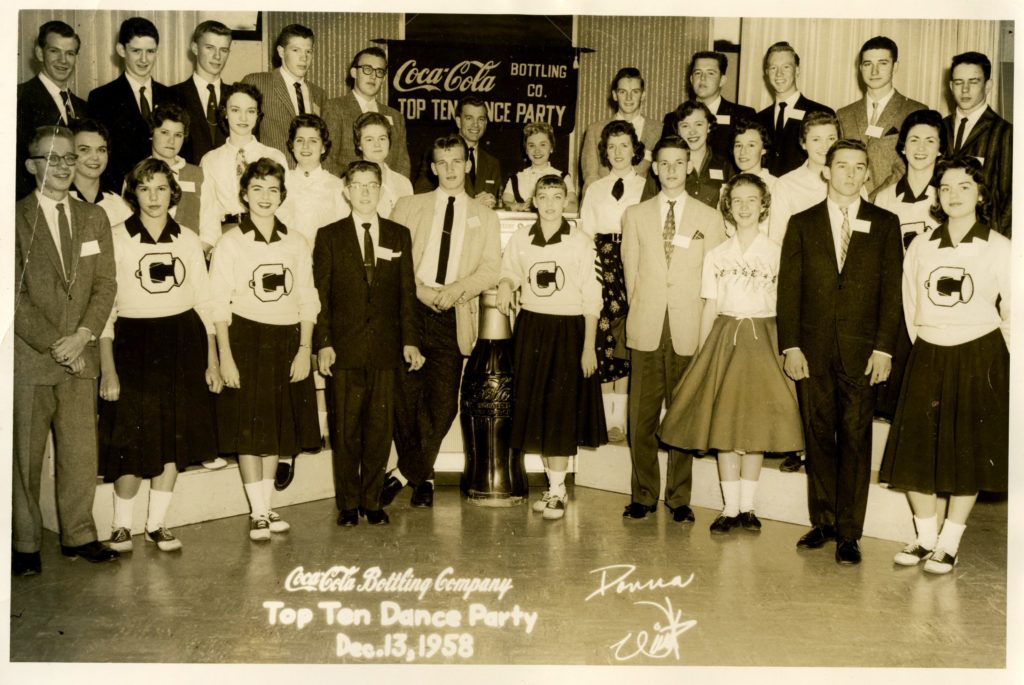 In December 1958, Collierville High School was chosen to participate in the popular televised series “Top Ten Dance Party”, known for airing teenagers dancing to the Top Ten hits of that time. “Weekly it was aired on television with different schools participating. Wink Martindale was the TV personality. It was his dance party, kind of like a miniature American Bandstand. It was a big deal to us! The students were asked to drive to Memphis to the studio set for the show, and I remember feeling like we (classmates) had made it ‘bigtime’! They had us in couples, so you knew who you were going to dance with, and we were told not to change partners. Some of the girls had on their cheerleading outfits. Every Friday we would have a pep rally and I don’t know if it hit on the same day or if we just decided to wear them, but it showed some school spirit! We were paired off and they would play popular music. There was some slow dancing, but mostly fast paced music. We were a busy bunch,” said Perkins with a laugh. While dances may have evolved over the years, Perkins agrees “it was always a good time.”