On the Road to the Emmys

OneVoice sang their way to success on the audition stage of America’s Got Talent (Season 11, 2016). They blew away the judges with their a cappella rendition of Rozzi Crane’s “Half the Man” and were quickly through to further rounds. Since then, the Briarcrest High School a capella group has continued to perform on a circuit around the country consisting of large corporate gigs, various conventions, and now, the Emmys. 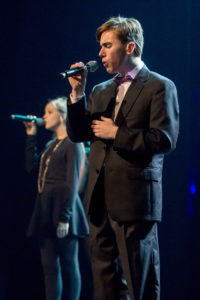 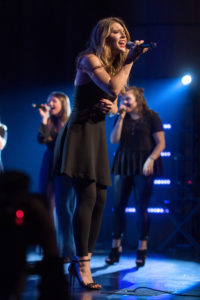 OneVoice’s fearless leader and director of ten years, Dr. J.D. Frizzell, said it best when he simply stated, “We’ve been busy.” We recently sat down with Dr. Frizzell to discuss the group’s success and their tremendous growth. “For us, it all started after America’s Got Talent,” says Dr. Frizzell. “That was when everyone really started paying attention. At that point, we had a lot of eyes and ears watching and listening to us. The kids were making pretty incredible music at that point, and that got us a lot of attention. We started getting offered a lot of opportunities, and, with each one, we just tried our best to do an amazing job.” Now, the group looks to capitalize on that momentum with its biggest performance yet.

OneVoice will be traveling to Los Angeles, California for their first of two trips to the big city. They will spend their first weekend there performing at the Creative Arts Ball (September 8th and 9th). The students will then fly back to Memphis, attend school for a week, and return to L.A. for the main event, the Governor’s Ball (September 17). The afterparty of the Emmy Awards, this event is the largest seated dinner in North America and serves 4,000 attendees a five-course meal. Both events will take place at the L.A. Live Event Deck in downtown Los Angeles. 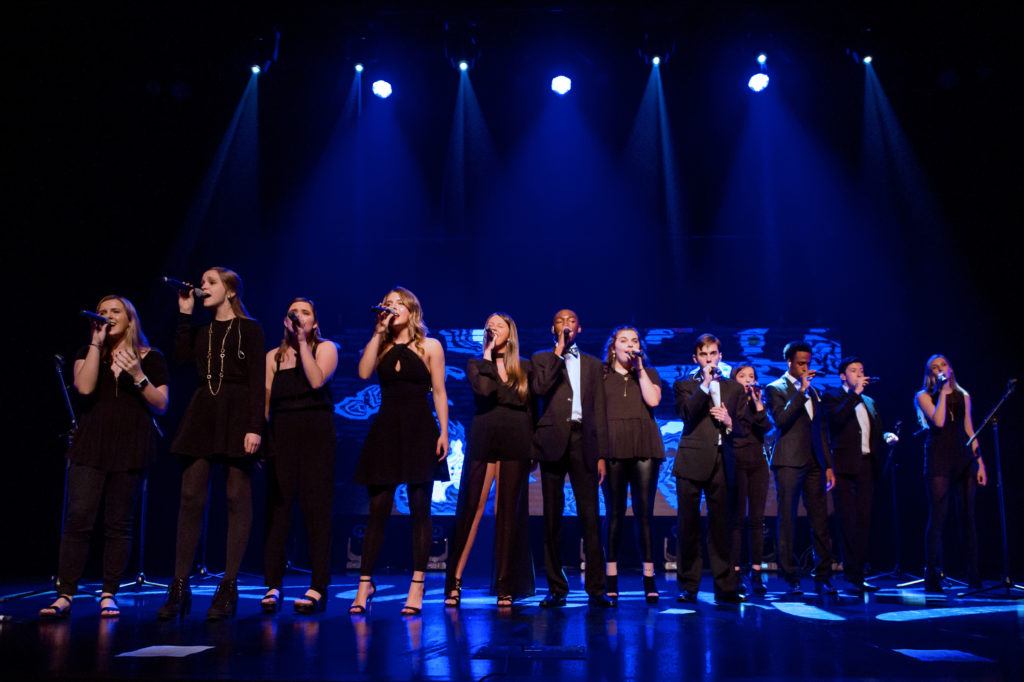 The talented group is extremely excited to perform directly in front of so many notable agents, managers, and talent scouts. Briarcrest Senior and OneVoice vocalist, Avery Veteto, says her initial reaction upon learning that she would be traveling to Los Angeles and the Emmys was one of surprise. She responded, “I was completely shocked when I first found out that OneVoice would be singing at the Emmys! This is a dream come true, and I’ve never been more excited to live out a bucket list experience. Performing on the red carpet and at the Governor’s Ball is a once-in-a-lifetime opportunity!” As Veteto mentions, not only is OneVoice performing at the Creative Arts and Governor’s Balls, they were also asked to perform a third time. Upon learning that they would be performing at the Emmys, one of its producers (a big fan of OneVoice) asked if the group would escort the attendees from the Emmys over the red carpet to the Governor’s Ball with a medley of songs from various television shows. Of course, they accepted the request and will be featured three times in Los Angeles over two weekends.

Dr. Frizzell has developed a habit of pushing OneVoice to be their very best. His approach has always been accepting invitations first and figuring everything else out later. With such a busy schedule, Dr. Frizzell is thankful to be joined by nine returning performers and three new students. Veteto adds, “To prepare, we’re going to be rehearsing extensively everyday and putting in the effort this requires! For me, personally, that means spending ample time with vocal performance coaches, rehearsing as a group, consulting wardrobe and makeup professionals, and undergoing a fitness regimen in order to be red carpet ready!” Dr. Frizzell explains, “This isn’t normal, but the kids understand because it’s the Emmys. They have a great attitude about it. They know that they’re going to have to work hard every day. This just gives us another reason to push even harder. It will be a test for them. It will be a test for me and our whole musical team, but we’ll figure it out.” We’re so excited for OneVoice as they test themselves yet again; we wish them luck as they continue to prepare for their big month in September!