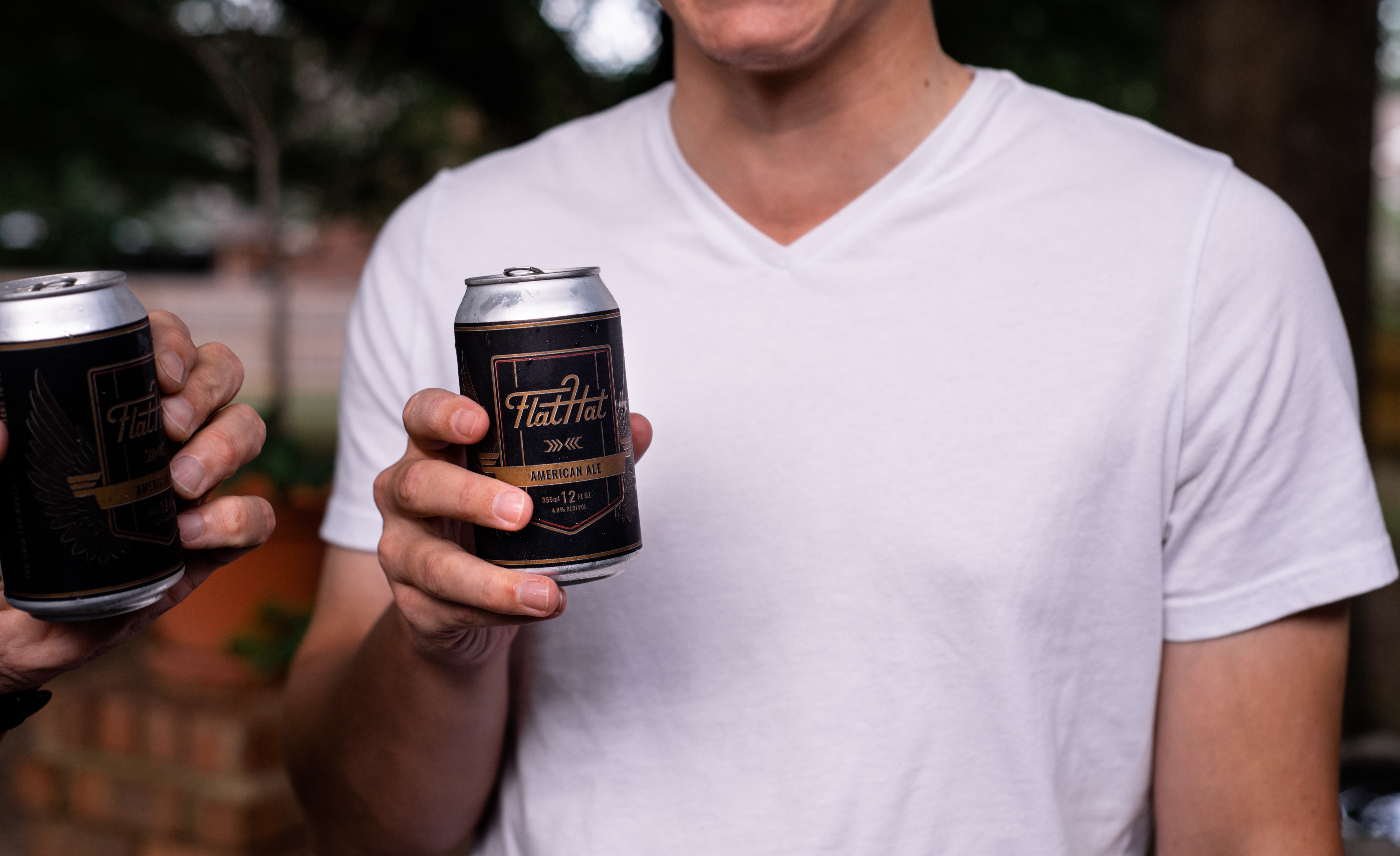 Memphis has become quite the beer town. Since Ghost River Brewing Co. came in 2007, it seems that a new, local brewery pops up every year. Memphis Made and Wiseacre started back in 2013, High Cotton came in 2014, and even more recently, Meddlesome, and Crosstown Brewing Company. Once hearing of Meddlesome and its location (Cordova), I made the realization that beer was starting to expand out East. Then I started noticing growler shops open in Germantown and Collierville and I knew, whether or not we like to admit it, 901 likes beer. I thought — we now know Memphis is a beer town but is Collierville? Would beer ever make its way out to the Town Square? We were all excited when Highlander Pub opened its doors last year. A public house on the Square, finally, for us to cool off during those hot summer afternoons with a cold brew (the authentic food is also fantastic – go check it out, if you haven’t already). It was announced a few weeks ago that another public house is coming to the Square, called P.O. Press Public House & Provisions, which is moving into the old 148 North space on Main Street. There’s been an outpour of support and excitement on social media and around town in general about the new things coming to the Square, including Raven and Lily Restaurant. The newest thing, however, is Flat Hat. 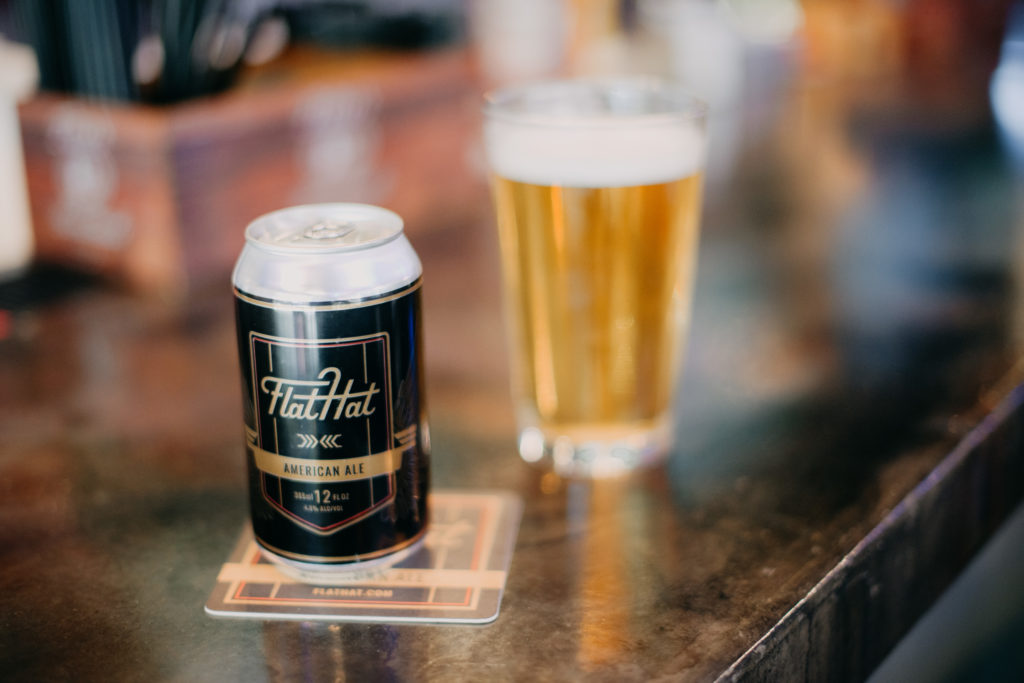 Collierville locals, Cindy and Mike Sadler, took notice of the 901-beer craze and decided to jump in – founding Flat Hat American Ale in July 2016. Recently, it was announced that Flat Hat’s home will be Collierville, bringing the town its first brewery. We were able to sit down with Sadler, who provided some insight on Flat Hat and how it came to be.

Flat Hat actually comes from a naval aviation term. What the layman might refer to as a  ‘tower fly-by,’ or simply ‘fly-by,’ due to the immense popularity of Top Gun, is referred to by those familiar with aviation as “flat-hatting.” Sadler informed us of a legend, in the early days of aviation, that a daring pilot once flew so low he crushed an onlooker’s top hat with his landing gear. Since then, the term has evolved into an array of meanings, all related to pushing boundaries: “It eventually encompassed everything from tower fly-by’s and things like that, but it was, for pilots, testing yourself, pushing the limits, and seeing how good you were. That’s where our name [Flat Hat American Ale] came from. Our branding idea is that anyone doing anything, whatever sport or activity, whether it’s motorsports, golf, fishing, or triathlons, if you’re pushing and testing yourself, you have that same kind of Flat Hat spirit,” says Sadler. 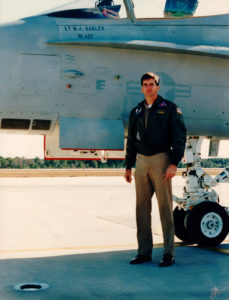 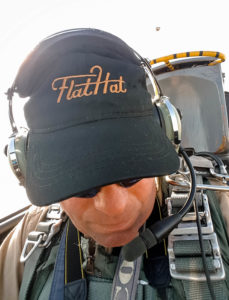 Sadler himself has a background in aviation. After earning his private pilot’s license, he eventually earned his Naval Aviator “Wings of Gold” in 1987. After flying the F/A-18C, deployed onboard the USS Saratoga flying missions in support of Operations Desert Shield and Desert Storm, Sadler left active duty to pursue an airline career in 1992. Never losing his desire for thrill and excitement, he continued to fly and serve in the Naval and Air Force Reserves until 2004. Ultimately it was FedEx that brought him and his wife to Collierville 12 years ago and one day it simply dawned on him that Flat Hat would be a great name for his flagship beer and brand – one that he hoped to bring home to Collierville.

When asked about what the history behind the name meant for the flavor profile of Flat Hat American Ale, Sadler says their flagship beer is actually supposed to be a celebration of that lifestyle: “We created the beer to be light, crisp, and refreshing, so it’s kind of the post-race, or post-run beer, or something you can take to the golf course or pool. We market to the active, adventurous lifestyles with this beer.” 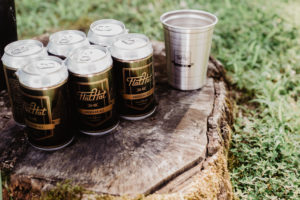 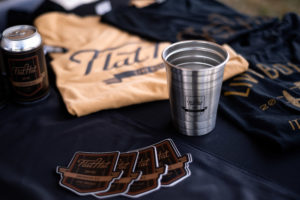 If you take a look at the American Ale can, right now it reads “Brewed in Atlanta.” Sadler says that right now, they are contract brewing – meaning that a brewer in Atlanta helped tweak the recipe and brews the beer for them. The Atlanta brewery will potentially partner with Hook Point Brewing and continue working with them on future beers. Hook Point Brewing (another aviation term) is the name of the brewery coming to Collierville, with Flat Hat American Ale being its flagship beer. Eventually, the can will read, “Brewed in Collierville.” If that isn’t exciting enough, Hook Point will hopefully be located right off the Town Square – Sadler says they are negotiating on a space right now. He was also able to give us some insight on what the space will be:

“Our model is going to be a little different than some of the ones in Memphis, where it’s just a brewery with some food trucks and they focus mainly on the beer. We’re going for more of a brewpub style, where there will be a full-service restaurant. We really want to make it family friendly too.” Mike Sadler, Founder, Hook Point Brewing

Hook Point Brewing will open in phases, starting with the brewery and a small retail space, which could open as early as 6 months from now. The restaurant could be open this time next year. Collierville has many exciting, new things coming its way and Flat Hat is one of them. If you haven’t sat back to enjoy a crisp Flat Hat yet, go grab a pack at Cheers or Poplar Wine & Liquor, or find a seat at Skybox or Hickory Tavern. You’ll be a Flat Hatter by the first sip.