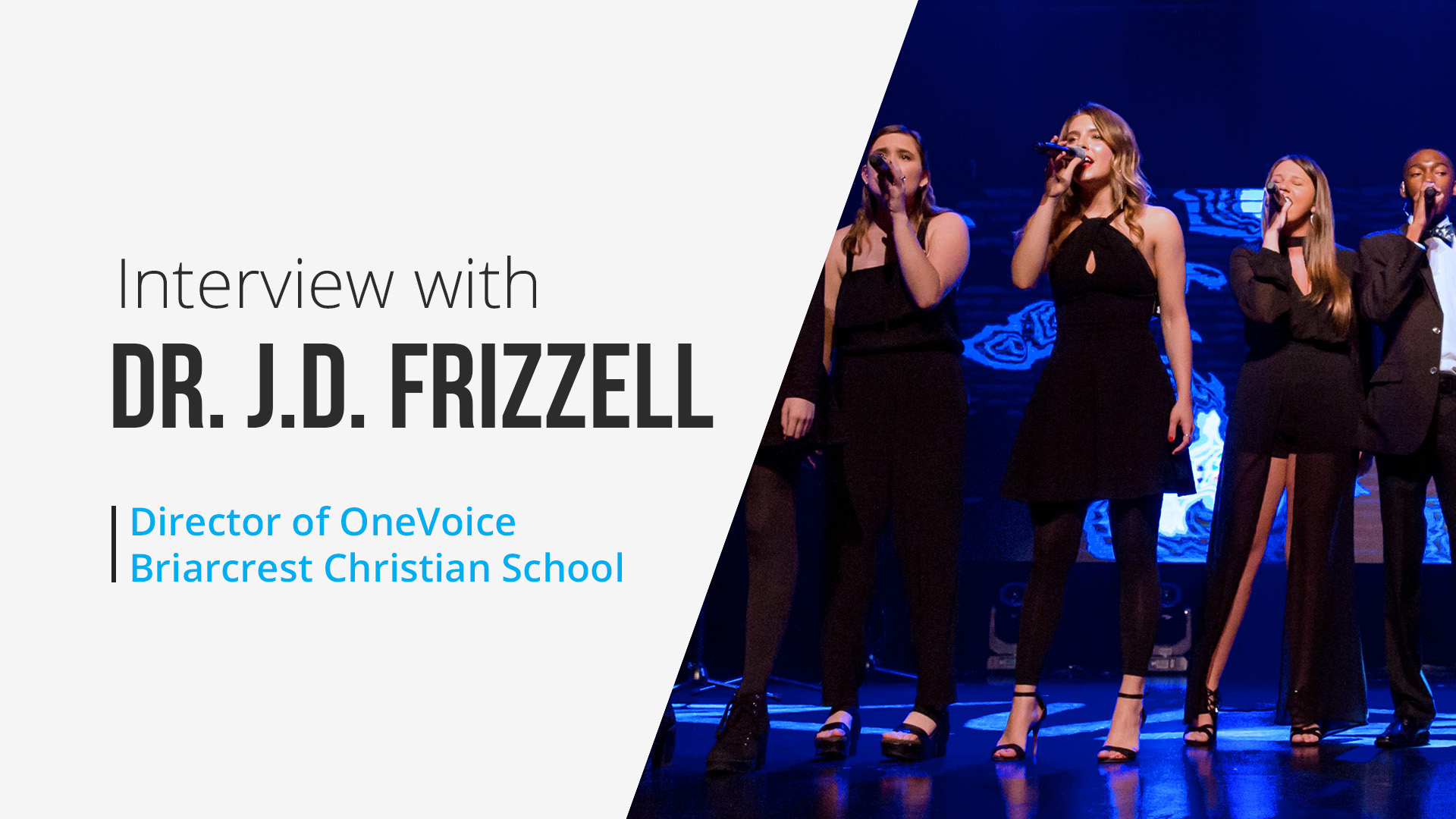 JD: Hello. Good to be here.

Hannah: I’m so happy to have you here.

Hannah: So, I have heard that your group is going to the Emmy’s?

JD: That’s right. It’s a really exciting opportunity for them. The producers for the Emmy’s Governor’s Ball – they contacted us this summer, and they reached out, and they just said, “we’ve seen your videos, we saw you on America’s Got Talent, and we think you would be awesome to be at the Emmy’s Governor’s Ball. And, of course, the first thing I had to do was figure out what the Emmy’s Governor’s Ball was. It’s basically the after party for the Emmy’s, and, apparently, it is the hardest ticket in Hollywood to get, and to actually go to – much to the chagrin of all the parents and family members of the One Voice kids who, of course, want to go. But, yeah, it’s this huge event, 4,000 people, and it’s the biggest seated dinner in North America.

JD: So, they serve a five-course meal to all 4,000 people that come. They follow the red carpet from the Emmy’s over to the Governor’s Ball, and then they all sit and have dinner, and then, of course, there’s entertainment in the middle of all of this the entire time, and one voice is going to sing a set of music at this event.

Hannah: Okay, so a set? About how many songs is that?

Hannah: Okay, and you said earlier, about the setup, how the seats are normally arranged, is this typically how you’re used to performing?

JD: No, it’s really new for us. So, it’s basically shaped like a cross and there are tables each way and then there’s this huge circular stage in the middle, and so the kids are going to have to perform basically in around. We’ve never done anything like that before, so, on top of singing for all of these celebrities in this really fancy dinner thing, we’re going to have to adapt to that too, but we’ll figure it out.

JD: Yes. So, we’ve got our musical team working on all the arrangements for the songs that they’re going to do. The students have already started working on the solos, and then, next week, they’ll start working on their parts. We start school on Tuesday, and then we’ll have a retreat next weekend and we’ll really hit it hard.

Hannah: Okay. So, kids first week back at school, all this extra prep, what kind of workload are they going to be expecting with all this?

JD: I basically told them just be ready to have homework in a cappella class for the first month, and, that’s not normal, but they’re all okay with it because it’s the Emmy’s. I mean, what high school kids get to sing at the Emmy’s? So, they have a great attitude about it. They know that they’re going to have to work hard every day, and then, of course, we have our weekend retreat planned. They’ve got an hour long concert on the twenty-sixth. So, I mean, they had to be ready anyways, before we got the Emmy’s gig. This just gives us another reason to push even harder. So, it will be a huge test for them. It will be a test for me and our whole musical team, but we’ll figure it out.

Hannah: So, you said you started at America’s Got Talent. You said you did that two years ago. So, none of those orignal kids are in this group anymore? They’ve all graduated and moved on?

JD: Yes, this is an entirely new group, every year. In fact, the year after the America’s Got Talent group, it was almost an entirely new group. Which, of course, it’s a challenge every year to have to live up to the standards of the group before, but, no, all of those students who were on the show are now off doing amazing things on their own, and the legacy stands, and, so, we just have to live up to the hype, so to speak.

Hannah: What is it like on the campus? How do the other kids react whenever these stories come out and these videos are coming out and going viral and everything else.

JD: Sure. It’s not like when I was in school. It was definitely not a very cool thing to do to be in choir, but the kids look up to them. Even if they don’t really understand it, if they don’t do music, if they only maybe play a sport or something or are more academically-minded, they respect it, and they look up to the One Voice kids for what they’re able to do. I think, just the nature of doing all of these big events and being on such a national, international stage for so long has shown just the whole student body at Briarcrest that singing is cool.

Hannah: Yeah, especially when you have these standards to live up to, and, if it’s a new ninth grader coming in from middle school, going in and doing that, they’ve got to completely follow up with whatever they performed in front of thousands and millions and whatever on tv and everything else.
JD: Yeah, it’s a lot, but it’s a really cool culture that they’ve built through all of that.

Hannah: Well, that’s amazing. Thanks so much for coming out. We definitely wish you the best of luck and we can’t wait to see what you guys do next.

JD: Awesome! Thank you for having me.