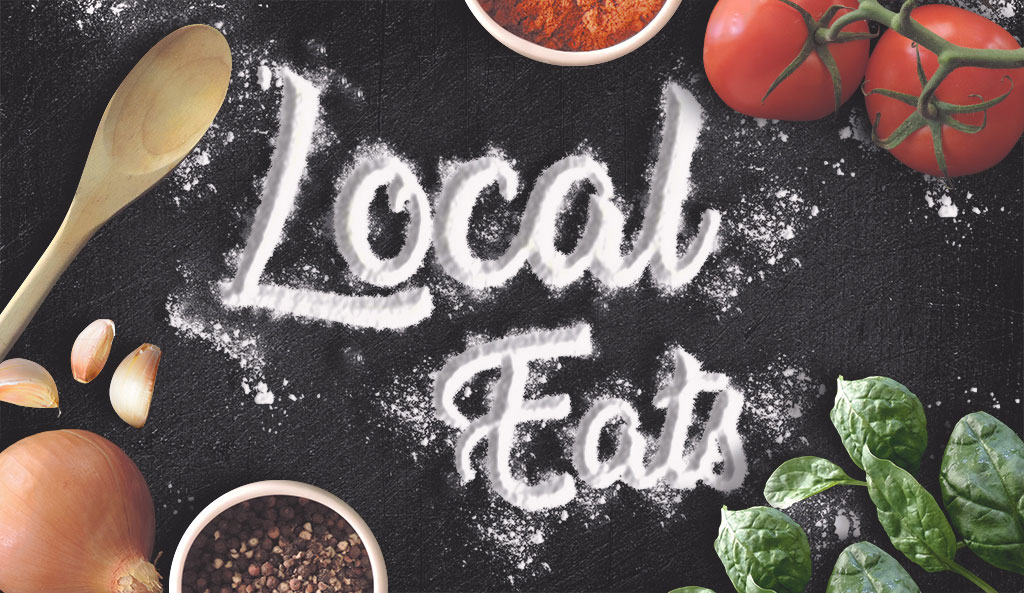 On this week’s 2-Minute Tuesday, Anna sits down with Mark McMinn of Dyer’s Café to talk about southern cooking, legends about their grease, and, of course, the perfect burger.

Watch it here or check out the full transcript below!

Anna: Hello and welcome to another 2-Minute Tuesday with Tour Collierville.  I’m Anna Bell, and today we have the pleasure of Mark McMinn, owner of Dyer’s Café here on the Collierville Square joining us.  Mr. Mark, thank you for coming in!

Mark: You’re welcome.  Thanks for having me.

Anna: Yeah! Absolutely.  If you are new to the area, Dyer’s is a local favorite and a piece of history, and if you’ve been in the community for a little while, you know it’s a legend—specifically for the burgers.  They’re so good.

Anna: Now tell me, Mr. Mark, are you from Collierville?  Where are you from? And give us a little history on Dyer’s.

Mark: I’m not from Collierville.  I’m from the Memphis area.  I grew up in the East Memphis area for most of my years.  I lived downtown for quite a bit.  I had the Dyer’s—I built the one on Beale Street back in the um… back in ’98.  I had a partner there, and I sold those interests to another group.  And then I met my wife at Hope Church, actually, and so when we decided to have a family, we moved to Collierville and made this our home and put my business out here about eight years ago.

Mark: A gentleman named Elmer Dyer started Dyer’s.  And he grew up in the Mississippi area, North Mississippi, and his family had a way of cooking all their food.  Their family, I guess, trade of cooking old southern foods.  And so they had a grease that they used to keep in the pantry that they would start cooking with.  Old southern tradition, there, as well.  And that’s how Dyer’s started.

Anna: That’s fun.  Okay, tell me: When you moved from downtown and came to Collierville, I’ve heard that you brought some grease with you down here.  Is that an urban legend or is that for real?

Mark: (laughs) It is.  There is some truth.  We absolutely do.  We do bring the grease with us when we open a new store or do something else.  And so the legend has it that we don’t change that grease in over four generations, but the truth is—reality—we strain it, season it, and sauté it every day.  So it’s just like if you’re cooking a burger at home in a skillet.  Same thing.

Anna: Yeah, yeah.  Is the secret in that good grease?

Mark: Absolutely.  That’s where you get all the flavor.

Anna: I love it.  So tell me a little bit about some of the menu items that you have.  There’s a burger called the Filthy Diablo Burger that I’ve heard about.  Now tell me—I haven’t had it personally—where did that come from?

Mark: It’s actually named over—after—a hard rock group from the Memphis area.  And the drummer used to work for me when I had my place on Cleveland.  And the name of their band was Filthy Diablo.  And they were, at the time, an up-and-coming hard rock group, and so the Commercial Appeal caught wind of them working for me and making up a burger called the Filthy Diablo, and they did a big story on us.  It was pretty cool.

Anna: That is really cool.  That’s awesome.  Bringing some of the community kind of into the restaurant.

Anna: Oh!  Sweet!  Okay, cool.  Tell me: How many times do you have your burgers?  Are you checking it out weekly, monthly?  How many burgers are you consuming?

Mark: You know, I still probably eat more than I should.

Mark: But as you can see, even over consumption can be okay, you know.  It’s not as bad as you think that it is.

Anna: Hey.  When they taste that good, though, really.

Mark: You know, I’ve been doing this for many, many years, and I still crave them.  It’s just that I truly believe it’s one of the best old fashioned hamburgers that you can get.  Not jut here in Memphis, but really anywhere around.  And I’ve travelled a pretty good bit.  And I think for what we do, the type of burger that it is, it’s just a great old fashioned hamburger.

Anna: It sure is.  There’s a signature taste.  And if you’ve had it, you know what we’re talking about.  If you haven’t, you’ve got to get out and try it, right?

Mark: And if you come out and get our burger, it should be juicy, not too greasy.

Anna: That sounds good. Now you’re not just a burger joint.  They have a lot of other items on the menu: tamales, catfish…

Mark: We do.  We have people come in all the time, and they’re surprised by the numerous items we do have outside of a burger.  Of course, we do a great hotdog sandwich that is just one of the best hotdogs I think you can get.  So, premium hotdog.  It’s really good.  But we do a homemade chicken salad on sourdough bread that’s really to die for.  It’s one of my favorite sandwiches.

Mark: Yeah, it is.  So we do homemade fried pickles, hand-breaded onion rings, chicken tenders…

Mark: Yeah.  And grilled chicken salads.  So we do a lot.  We have a variety of things to choose from.

Anna: Good, good.  And you can’t forget about the sweet treats.  You’ve guys have some good desserts, too.

Mark: If you want a good, old fashioned milkshake, we are the place to come.  There’s no doubt about it.  We serve it with the… in a chilled mug.  And you get the tin as well.  So it’s the old fashioned way of getting a milkshake.  You don’t see that too much anymore.

Anna: That’s awesome.  No, you can’t find those anymore.

Mark: Not too often.

Anna: That’s awesome.  The machine back there is really cool.

Mark: Thank you. It’s constantly blending, I’ll tell you that.  We mix a lot of shakes.  There’s no doubt about it.

Anna: What’s probably the best flavor you’ve got, you think?  The most popular?

Mark: You know, I’m a good, old fashioned vanilla shake guy.  I like the standard, you know.

Mark: A purist, absolutely.  You know, we put the vanilla flavoring as well.  You know, your whole milk.  You’ve got to have the right ingredients.  Dipped from premium ice creams, so it’s really good.  But a lot the favorites are, of course, an Oreo milkshake, the M&M shake, and things like that.  Those are good items.

Anna: Oh yeah.  Something for everybody, it sounds like.

Anna: Good.  Well, is there any new additions that have come into the menu here recently that we can look forward to?

Mark: You know, we’re working on a craft burger—or a craft cheeseburger—menu.  There’ll be some specialty burgers.  And we are going to use a craft… they are master craft cheese makers.  Fifteen years in making cheeses is the time they have to have in making these cheeses that will go on the burger.  So I’m looking forward to having that out.  Of course, we have the kid meals, you know, for those, that are available to children 12 and under.  And a few other items we’re going to look at for the spring.

Anna: That’s something to look forward to, yeah absolutely.  Any changes in kind of the foreseeable future as far as the menu or the restaurant other than the additions you talked about?

Mark: No.  Just to continue to update the menu.  I think understanding what our customers are wanting.  For the most part, it’s still the burger.  It always is.  But to have plenty of other items that people can enjoy.  If you’re not… If you’re a little worried about the burger ore something like that, there’s plenty of other good items on the healthier side of things, if you want to watch what you’re eating.

Anna: You made the chicken salad sound tasty, so I’ve got to get over there and get me some of that.

Mark: It is pretty delicious.

Anna: Well, it sounds like if you want a good, hot meal, Dyer’s Café might be the place to stop by.

Mark: I would agree.  Bring your family.  It’s just a great, family environment.  You know, the kids love it.  They draw all the time to tell us how much they enjoy it.  My kids eat there; they love the food as well.

Anna: See the pictures on the walls, right?

Mark: Well, thanks so much for having me.  I really appreciate being here.