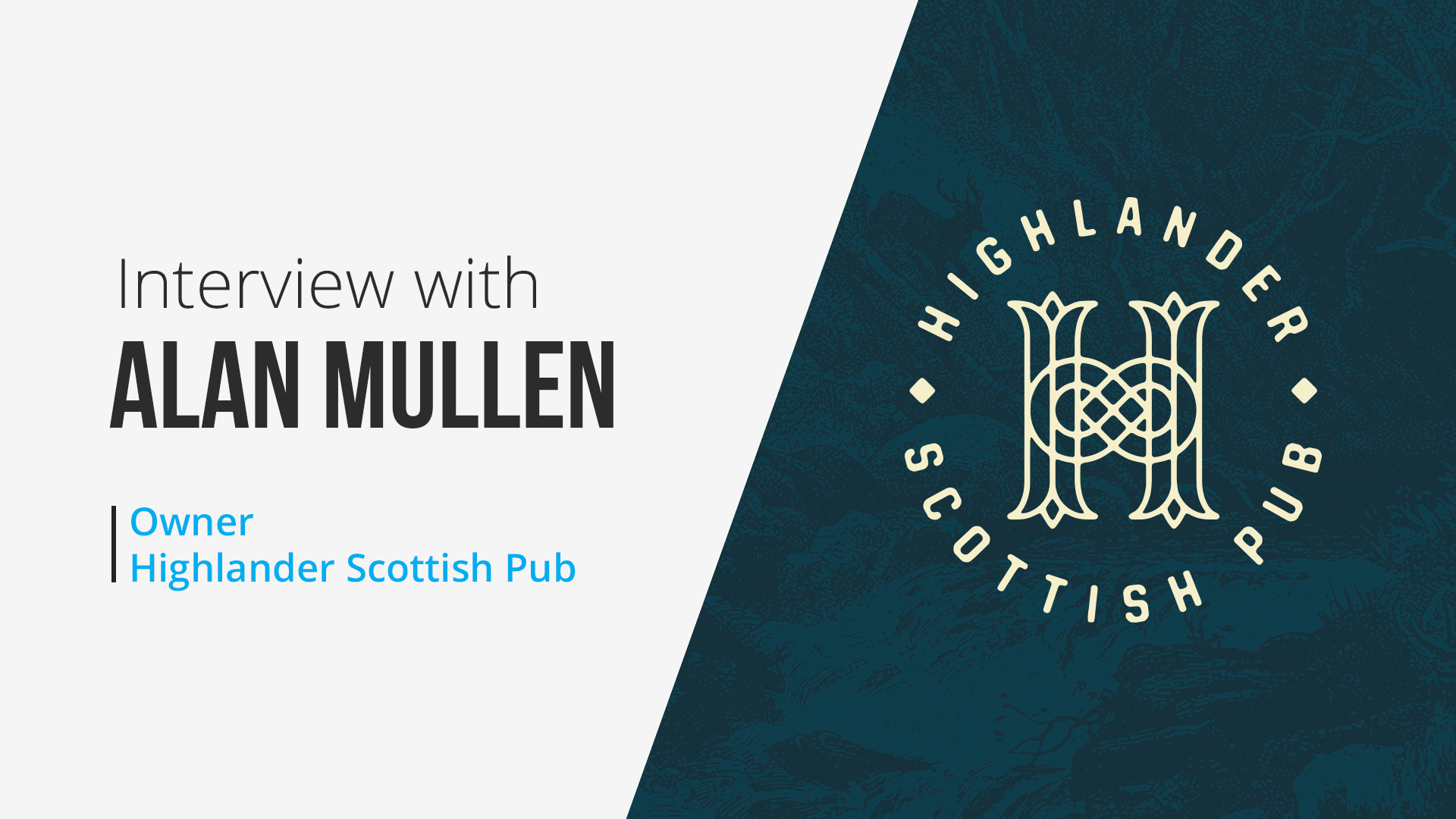 Hannah: Hi, this is Hannah with the Tour Collierville magazine for “Two-Minute Tuesdays.” I’m here with Alan Mullen, the owner of the Highlander Pub. Alan, thanks so much for being here.

Alan: Well, my wife and I moved here, from Germantown actually, about two years ago, and we just love the fact that we can walk from one place, from our house to the pub is only a matter of 100 yards, and it’s great to be able to get to so many places, and have a coffee, and do some shopping, and all that without getting in your car. That’s the thing I really love about it. Of course, it’s iconic. It’s historic and all those other things. But, from a convenience point of view, that’s what I really love about it.

Hannah: So, with your pub, you’ve been there about a year now?

Alan: We have been open for a year, but we did about nine months of build out before we actually opened the doors

Hannah: Okay. So, with you being on the square, how are you enjoying it?

Alan: Love it! Absolutely love it, with the exception of possibly the loudest and closest train in the world. There’s a bunch of those that go through, but we’re in the square all the time. My wife shops there and we just have a bunch of friends. I work out at PT Fitness a couple of times a week just right on the square, and again, it’s just a matter of maybe three minutes walking from the house.

Hannah: Right. Okay. Well, a little bit more about your pub – what is that? What is the origination? Is it a Scottish pub?

Alan: It is. I’m born in Scotland. I immigrated here with my mother on a ship called the Queen Mary, which is now a hotel in Long Beach, and that was when I was 4 years old. So, I was raised in America, but I lived for four years in Scotland, and, my father was a great supporter of pubs, and I had a lot of great times and great conversations with my mother, and with my father, in pubs so I wanted to do something similar to that.

Hannah: Okay. So, the cuisine is everything Scottish authentic?

Alan: Well, yes. But Scottish is not a unique cooking style. There are some specific things that would make you think of scottish cooking like steak pie, for example, fish and chips, for example, but the rest of the food is really continental and it’s very hardy, it’s very good. Our chef is very accomplished and he’s cooked all over the world. There’s more variety there than you might think.

Hannah: Okay. Good to know. So, you also mentioned earlier, is it for the whole family? Or is it just a pub? Is it family friendly?

Alan: It’s absolutely family friendly, and my wife helped a lot with the directions, and we wanted the place to be warm. We also wanted it to be a place that would very comfortable for ladies to go to in the absence of a man, just be in there with your girlfriends or by yourself and just be totally comfortable, and you can convey that, I think, if you do the decorations right and the way you work it. And for children, anything on our menu can be converted into a child’s portion just by asking the question, and we will parse the food down and then make the portion size however you want it. So, It’s not an issue. We encourage kids and dogs. We like cats too, but they fight with the dogs.

Hannah: Good to know! So, with you being from Scotland and all, you came over so early and so young, do you have the scottish accent we’ve heard about?

Hannah: Can you demonstrate a little bit?

Alan: Well, Scottish is not a foreign language and it’s not really a particular accent. It’s more like a dialect. So, I like to say that I’m bi-dialectal, but that has nothing to do with anything else in my life.

Hannah: Okay! Good to know. Well I know before you’ve had a patio before everything else y’all have done, and there’s a specific word for that.

Hannah: Perfect. Okay. Good to know. Alright, one other thing I’m sure people will be curious about. Kilts are a Scottish thing. Is that something you partake in?

Alan: Oh, of course. Yeah, men in skirts. No, I do actually have a kilt now, and I have another sort of kilt in waiting over in Scotland. I ordered a special tarpent, which is our scottish flag. It’s just the pattern of the plaid, and there’s one that’s associated with my mother’s family that, right now, my kilt isn’t on her side. It’s more on my father’s. So, I’ve ordered the material and I’m going to have that made and bring it back at the end of next year. There’s a lot of material in a kilt.

Hannah: I bet. I bet, with all the pleats and everything else.

Alan: Well, you don’t have to worry about walking out in a breeze. It’s not really going anywhere.

Hannah: Oh, gosh. Well, that’s pretty much all I have on this.

Alan: You don’t want to inquire about what’s under the kilt?

Hannah: I really don’t! I’ve heard different things. I don’t think it would be appropriate to even ask at this point.

Hannah: Well, Alan, thanks so much for being here! I really appreciate having you. Thanks for being on our Tour Collierville’s “Two Minute Tuesdays.”