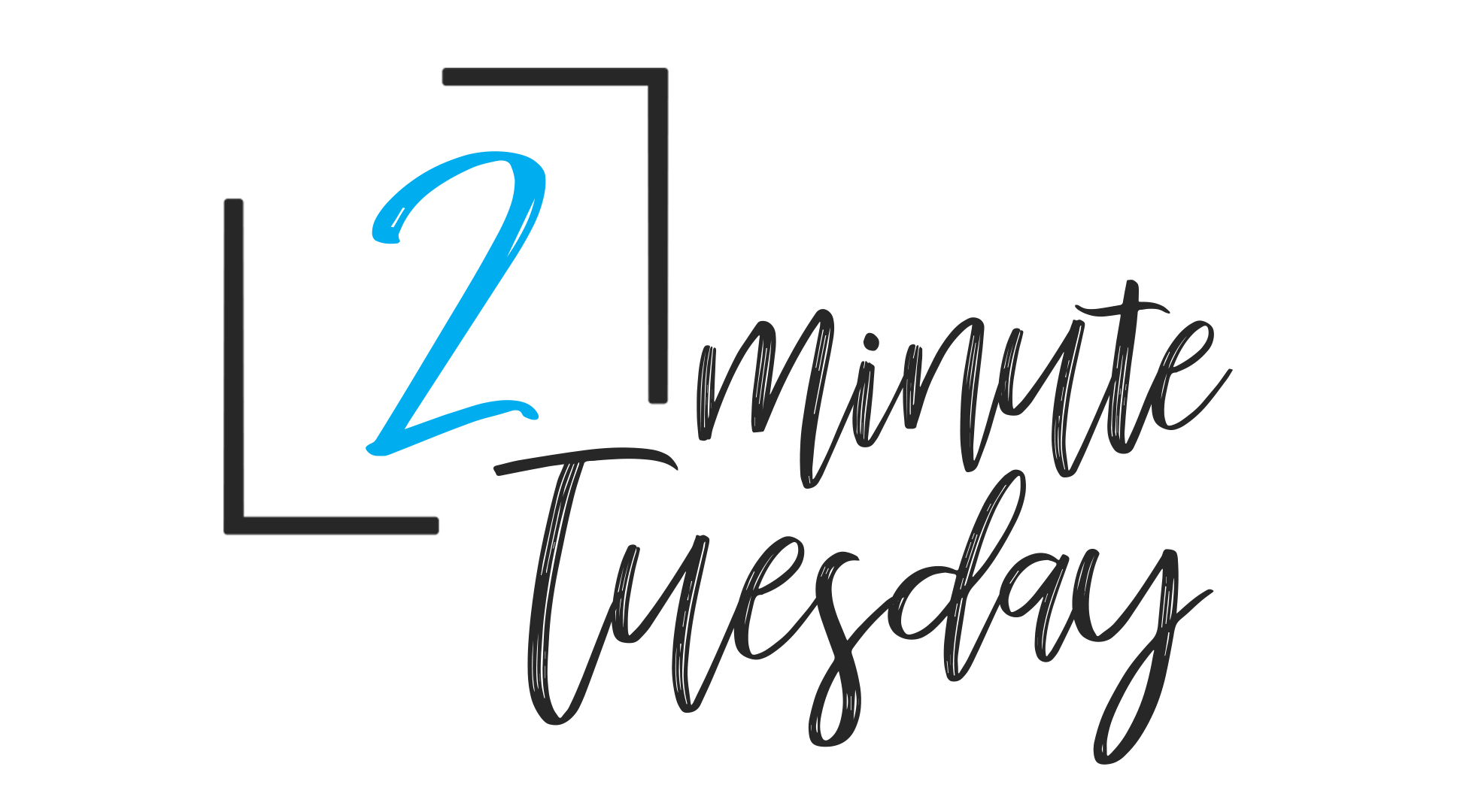 This week, Austin sits down with Greg Brooks of Brooks Billiards & Gameroom Gallery to talk about billiards, shuffleboard, and opening a new business.

Watch the video here or read the transcript below!

Austin: “Austin here, with Tour Collierville and, for this week’s Two Minute Tuesday, I am here with Greg Brooks of Brooks Billiards Gameroom and Gallery, and he’s just opened a store in Collierville. So, Greg, welcome.”

Greg: “Well thank you so much, appreciate it, Austin.”

Austin: “Thanks for coming in. So, if you could tell me a little bit about the products you sell. I know, Brooks Billiards, obviously you sell pool tables, but what other products do you offer?”

Greg: “… and we offer all kinds of lines. We have something that is elegant and ornate. We have the rustic line, which offers tables built out of reclaimed barden wood, or appearance of, as well as an urban line that is set up to be more for an apartment or something, where the pool table or the shuffleboard serves as a dining table, as well.”

Austin: “Oh, really cool, really cool. So, the dual function there, if you have a little bit less space, in other words, and you’ve got finishes of all types then?”

Greg: “Sure, all types of finishes, any color cloth you could think of.”

Greg: “Yep, I’ve been in the billiard industry, as far service goes, for more than thirty-five years. I’m considered among the best pool table mechanics in the country, even by my local competitors. If there’s a big problem, they often call, and of course, as all inspiring mechanics, we someday want to open a store, so my shot finally arrived.”

Greg: “Well, several years back, five, six years ago, I got partnered up with Legacy Billiards that was selling out of Collierville, and doing their installs, and that relationship just matured, and they were looking for a local dealer, and approached me, and that kind of just evolved into me opening the store. They’re attached to their warehouse here in Collierville.”

Austin: “Okay, gotcha. So, how does that relationship work with, which I guess Legacy is focused little bit more on international and national sales versus local, so is that kind of where you come in?”

Greg: “Yes, I’m local sales, a big area though, going into some parts of Arkansas, as well as Missouri, down towards Tupelo and Grenada, as well. So, it’s a big area, but it’s still local as far as they’re concerned.”

Austin: “Okay, okay, I see. So, would you say that your products, the billiards, the shuffleboards, dartboards, and that sort of thing, is the advantage here for you, is that more value-oriented or is that more quality-oriented?”

Greg: “Well, I think it’s two-fold. The fact that I’m partnered up with the manufacturer. Their distribution hub is here. It kind of takes some of that extra cost out that allows me to sell a high quality product for much less. Generally, people are saving three, four, five hundred dollars on a similar product going through me.”

Greg: “Very fortunate with Legacy. They’re the makers of a very high-end furniture. That’s their background, and it just kind of led into the gameroom industry. So, very pleased with the product they offer.”

Austin: “Okay. Well, so, tell me a little bit about the market these days. Obviously, you’ve got a bunch of different gameroom products. Is the pool table or is the shuffleboard more popular these days?”

Greg: “There’s more pool table sales than shuffleboard. Shuffleboards are gaining in popularity in homes. Obviously, it used to be something you’d see in the pubs and the bars, but now, you see that less in there, the bars, and so, the nostalgia of the shuffleboards, bringing it more into homes.”

Greg: “We offer shuffleboards ranging in size from nine feet up to fourteen feet. Generally, they’re not much more than thirty inches wide, so often any game room can accommodate it, as long as they have a wall that they can set up or an open space. Pool tables, they tend to take up a little more room because it’s a wider area, and then you still have to have room for your q’s. So, a lot of people who are trying to set a game into their game room, but are limited on that, can find a shuffleboard that will fit in that range.”

Austin: “Okay, gotcha. Well, that’s cool stuff. I know you’ve outfitted a bunch of media rooms, obviously. You said you’ve been in the service business for a while, and you know all about the installation, as well as all the products, but what would you say is one of the coolest media room or projects that you’ve taken on?”

Greg: “Well, as far as setting up tables and stuff, one I take pride in is setting up, recently, Ole Miss’s players’ lounge for the football players. So, we brought in two tables, matching tables, so a brother and sister there, and they get used. The players really use it.”

Greg: “They have a shuffleboard in there, but we’re looking at maybe upscaling that to a larger size as well. That’s kind of fun. Also, on the other side, we did take care of coach Moorhead’s home at Mississippi State. He outfitted himself with the biggest shuffleboard, the biggest pool table, arcade games, pop shot basketball, the whole works.”

Austin: “Wow, that’s cool. That’s cool. So, some big game rooms then, I imagine, that you’ve…”

Greg: “Yeah, that was a pretty big project.”

Austin: “Obviously, Greg, you’ve been around doing this a long time, so you’ve seen some pretty unique game room media rooms. What’s one of the more unique media rooms that you’ve seen?”

Greg: “Well, we did some work for Henson Construction in Jackson, Tennessee, and he wanted to create a man cave for one of the projects he works on, and he did it all with Tennessee Volunteers, and it’s all done up in black, and orange, and grey, and it’s pretty cool. The table says “volunteers” on it, or “the vols,” and it’s got a big “T” with the black cloth.”

Austin: “So, kind of a custom table of sorts?”

Greg: “The media is all set up for that. It’s got stuff all over the walls. It really turned out good. It’s one of the most unique and directly football-oriented rooms.”

Austin: “Okay, gotcha. So, is that something that y’all do a lot, the custom-type tables and stuff like that, the felt and stuff?”

Greg: “We do. It’s a little pricey, but you know, the cloth lasts for so long, when you break it down for the time span, it’s not bad, but you can get any college or NFL football team, order that. It usually takes a little bit of time to get that. It certainly sets off the room, if you’re trying to go in that direction.”

Austin: “Okay, gotcha, and as far once you come in and buy a pool table or a shuffleboard, you handle all the delivery, installation, service, all of that stuff, right?”

Greg: “Yeah, we handle it just like it’s a turn key situation. Of course, if you want to just come pick one up and take it and do it yourself, you’re welcome to, but honestly, in this business, that’s one of those things you want to pay a professional to do.”

Austin: “Yeah, I could see that being a tough deal, especially leveling the pool table and all that. I would be a little scared to do that myself.”

Greg: “It’s a little bit of an art, and of course I have a lot of years in, but everyone’s trained under me, so it’s going to be set up as good as it can be every time.”

Austin: “Awesome. Alright, well, is there anything you’d like to add about the new store opening and location?”

Greg: “Well, right now of course, we’re still getting out of the gate. I’m trying to hit the ground running, but it’s still a little bit more “factory-outletish” and we’re kind of hoping that that will evolve in the next thirty days into a more of a classier showroom. Right now though, we have great deals, because we’re just trying to move the product as fast as we can. We have some overflow products. As I said, Legacy, they were the makers of high-end furniture, so we have some of that in there that’s overflowed – great prices if someone’s looking for something like a dining room table or end table – often twenty-five percent off what they would normally pay, so there’s a lot of things there. Also, as you know, we have an urban line, which allows someone that’s limited on room, to use a pool table for a dining table, as well. So, it’s a little bit smaller. It’s set for dining room height.”

Austin: “That’s really cool. Does the top flip? Is that how that works?”

Greg: “It’s got a removable top. So, you put that on there, it looks like a dining table, and it seats about eight.”

Austin: “Wow. Well, that’s definitely a cool way to fit it in your space.”

Greg: “The cool thing about that is we also have a shuffleboard that serves as a dining room table, as well. It’s only about eight foot long, nine foot long, but wider like a dining table.”

Austin: “I guess we could speak a little bit to this, but you said “showroom.” So, this isn’t going to be just your typical, old walk-in store. It’s going to be a showroom of sorts, where you can go in and you can actually see the products, how they look, and a little bit of how they play and that sort of thing.”

Greg: “We’re going to actually have nearly every product set up, and if not in every finish, they can see the finish on other products. We have 10,000 square feet, so it’s very large.”

Greg: “There’s enough room in there for you to walk around, get a good idea of what you’d like. We can help you set up the room however you like. We also have a table to set up where you can actually play on the table, and see if you like the way it plays, and make sure you’re happy with the product before you buy.”

Austin: “Yeah, so, Greg, your location, you said it’s close to the Collierville square, right? Can you remind us exactly where that is?”

Austin: “Well, great. I appreciate you coming in, and obviously, we’ve Christmas coming up, he’s got some great deals on media room and game room stuff, so definitely go out and check out Brooks Billiards Gameroom and Gallery.”

Austin: “I appreciate it.” 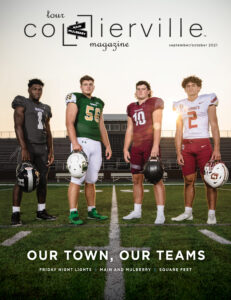