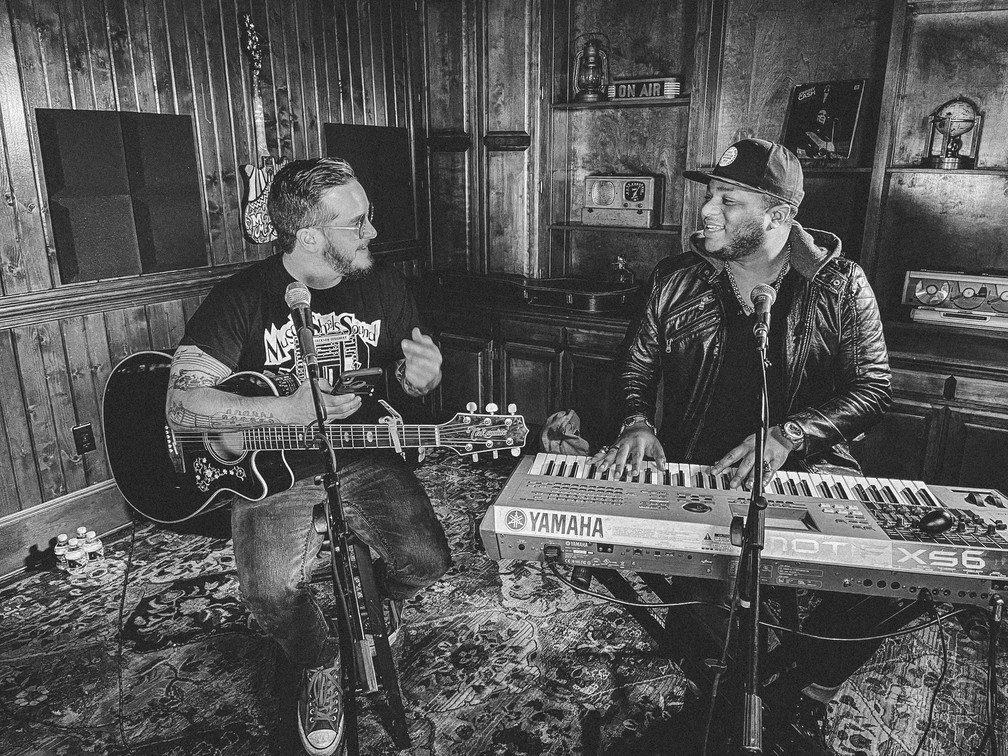 A Sweeter Sound: Sessions on the Square

Main and Mulberry is making new history on the historic Collierville Town Square. For many, the town square is known for music. Most Friday nights in the spring, local bluegrass musicians casually meet at the square, grouping up for spontaneous tunes as visitors stroll the area. In the summer, country and rock bands come through town for Main Street Collierville’s Summer Concert Series on Thursdays. All of this paused in 2020 and the impact on the music community ran much deeper than Collierville.

“I actually had my first record deal that February,” said Bailey Bigger, a local folk singer-songwriter. “I was on tour when the first serious shutdowns started to happen – I had my last show in Knoxville before I headed back to Memphis.”

Bailey’s brother, Wyly, had a standing gig playing piano in the Peabody Hotel’s lobby, alongside several other bookings each week. “I had started to get my foot in the door in Nashville as well,” he said.

Suddenly left with a void of performances, musicians had to find new ways to stay involved with the now-virtual music scene. Some focused on learning new instruments and techniques, and many wrote songs to cope with the emotional toll of the year.

Adam Miles, a guitarist and songwriter, took the year to invest in his growth as a musician. “With live music at a standstill, school being all online and the whole rest of the world basically on hold, I had a lot of time to get creative with songwriting. I feel like I’ve honestly grown a lot this past year as a songwriter,” he said. “Writing my own songs is really my favorite thing to do.”

“It was weird at first due to no actual ‘live’ audience physically in front of you, but we became more comfortable with it.” – JOHNNY MAESTRO

Another local musician, McKenna Bray, who had been planning a 2020 tour, continued to write songs when she could. “I was supposed to go on tour with Zach Pietrini, but we ended up writing a five song EP titled ‘Modern Love’ that is set to release this summer,” she said.

Others took to the Internet to host virtual concerts and engage with fans in a new way. Duo Mike Sweep and Chris Johnson, who comprise the group Johnny Maestro, immediately decided to go “live” on Facebook®. “[It was] weird at first due to no actual ‘live’ audience physically in front of you, but we became more comfortable with it,” they said.

Yubu Kazungu, a graduate from the Memphis College of Art, used Facebook® to transform a 2020 European tour into a daily acoustic show called “Yubu’s Afternoon Sessions.” He also decided to record his new material at Sun Studios. “I spent quite a bit of the lockdown recording and mixing my new records,” Kazungu said.

Main and Mulberry took action to support local artists and musicians, and keep the Collierville Town Square alive with the sound of music, with Main and Mulberry: Sessions. The podcast series debuts on Friday afternoons on Main and Mulberry’s Facebook® and YouTube™ channels. Featuring everyone from local fan favorites to the newly discovered, welcoming any and all genres of music, Sessions aims to lift up performers and share their music with a wider audience.

“I jumped on coming out to perform for Main and Mulberry: Sessions because it was safe and small, and a great opportunity to play and work on a project during all of this craziness. In all of this, as an artist, you’re just hungry to share and to perform,” said Bailey Bigger.

Bray was also excited to record. “Growing up in Collierville, I have always loved the community here and seeing that Sessions is showcasing artists in the area, I knew immediately that I wanted to be a part of it!” she said.

Similar to guests of Main and Mulberry’s other podcast series, Sessions performers are also encouraged to share how they write songs, where they learned to play, their first concerts and more. “I got to tell my story through song and in the interview. It was a chance for me to break away from my band for an evening and enjoy the acoustic nature of the songs we wrote,” added Kazungu.

“I jumped on coming out to perform for Main and Mulberry: Sessions because it was safe and small, and a great opportunity to play and work on a project during all of this craziness.” – BAILEY BIGGER

Main and Mulberry: Sessions are recorded on the Collierville Town Square, in the studio and occasionally outside on the square itself. “It was a beautiful day out on the square and people walking would stop and listen for a bit from afar, so it really ended up feeling like I got to perform for strangers again, which is such a beautiful thing for me,” Bailey Bigger explained.

Memphis is a musical powerhouse and Main and Mulberry is helping Collierville become an active participant in this rich culture. Both before and after performing on Sessions, many of these musicians were invited to play at local events and restaurants here in Collierville, and they say Collierville locals are great crowds.

“[They’ve] been a well-receiving and involved audience each time we have played [at Highlander Pub and Tony’s Trophy Room],” shared Johnny Maestro. “We’ve gotten other performance opportunities due to playing at these venues, even private parties.”

The response to Sessions outside of Collierville has also been impactful. For instance, Johnny Maestro’s acoustic recording of their new single “Heartless Valentine” received over 10,000 views as of April 2021. “We couldn’t be more grateful,” the duo said.

“The vibe that Sessions has is simply unmatched. When you watch the different episodes of all the different musicians, it’s something that is just so unique. It highlights the heart and soul of Collierville, while also providing one of the coolest platforms for music.” – ADAM MILES

“A lot of people I don’t know were commenting and messaging me personally about my Sessions performance, as well as people in other cities!” remarked Bray.

Wyly Bigger agreed, saying, “I’ve had several people reach out to me on Facebook® to tell me that they watched the session and enjoyed it. I shared a link to it on my website as well. I really am glad to have that session to share.”

Main and Mulberry: Sessions can share not only a song but a behind-the-scenes look into the lives of local musicians. As Miles said, “The vibe that Sessions has is simply unmatched. When you watch the different episodes of all the different musicians, it’s something that is just so unique. It highlights the heart and soul of Collierville, while also providing one of the coolest platforms for music.”

Sessions live streams on Main and Mulberry’s Facebook® page and YouTube™ channel on Fridays at 3 pm. Snap the QR codes below to see them all! 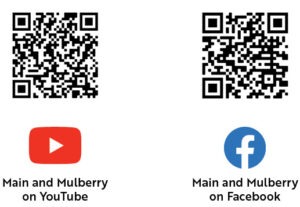